Toho is bringing Godzilla back with a massive bang. Not too long ago news broke that Hideaki Anno and Shinji Higuchi would be spearheading the new Godzilla film set to be released summer of 2016 in Japanese theaters. This is absolutely world shaking news for Godzilla's future; these two are extremely talented cinematic artists and life long friends with a great passion for the genre-- especially Godzilla! The partnership might be the closest thing to a second coming for the fanbase.

Founder of the animation studio Gainax, Hideaki Anno is best known for creating Neon Genesis Evangelion and has recently directed the “Rebuild of Evangelion” movies which are newly animated re-tellings of the original series. He's no stranger to tokusatsu, however. Anno directed a live action adaptation of 2004's Cutie Honey to much acclaim.

Shinji Higuchi is probably best known to fans as the special effects director of the Gamera Trilogy. He's since moved on to directing and is helming the live action Attack on Titan movies as well as overseeing its visual effects.

The two recently partnered for Giant God Warrior Appears in Tokyo, a live action short that acts as a prequel to Studio Ghibli's Nausicaa Valley of the Wind. The result was a work of art featuring some of the best special effects in tokusatsu. 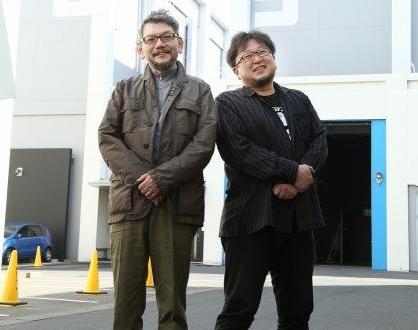 Anno was offered to direct a new Godzilla film in January 2013. Although he declined the offer it was enthusiasm from his close friend Shinji Higuchi that eventually convinced him. The initial outline was submitted to Toho in June 2013. This puts to bed the idea that Toho is simply making this movie to cash in on the success of Godzilla '14. It's been in the works over a year before Legendary's film was even released.

According to August Ragone, Anno and Higuchi will share directorial duties; Anno will act as chief director and Higuchi will mostly focus on special effects. "Finally, the time has come," said Higuchi. "I will deliver the greatest and worst nightmare to everyone."

Below we have the first real tease of Godzilla with a heavily detailed foot imprinted against a plain white backdrop. Featuring a new, tiny fifth toe, this Godzilla will be even bigger than Legendary's massive incarnation-- The previous record holder for the largest Godzilla. 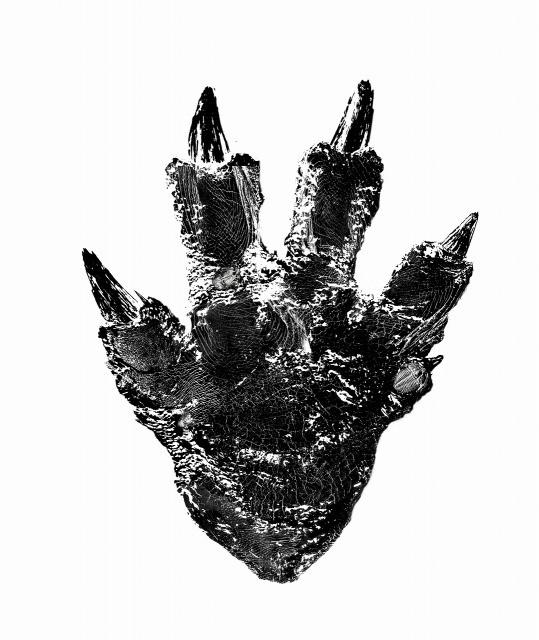 A video announcement was made on Japanese television recently which includes footage of both Evangelion and the live action Attack on Titan. Interesting watch for English speaking fans, but obviously more useful to Japanese fans:

The yet titled Godzilla film will be released in Japan next summer.

Excited about this news? Sound off!

Sources:
Skreeonk
The Good, the Bad and the Godzilla
Anime News Network
Crunchyroll

Perhaps we could wait for a day time to make sure it is a exciting news for real......

Seems like a good choice. I am, cautiously, looking forward to see what TOHO will bring us.

For those who are weary because of the date, understand April Fools isn't as widely celebrated in Japan and that reputable outlets such as the Japanese equivalent of the Wall Street Journal reported it.

This isn't going anywhere after April 1st, Linkzilla. It's real.

I think I might just faint at this news! Hmm...that fifth toe - the one upon which the trillobite is resting - is quite compelling! I wonder if Toho are going to have Godzilla's new iteration be even more scarred and genetically altered due to the atom bomb that gave rise to him...? That would be fascinating! :)

That fifth toe is a bit odd. But I'm sure it'll grow on me.

A Godzilla LARGER then Legendary's incarnartion?! HOLY MOTHRA! Toho is bringing the King to a whole new level of awesomeness.

Also does the 5th toe mean Godzilla will have a 5th finger?

THIS. IS. TOO. F**KING. MUCH! IT'S. SO. F**KING. AWESOME! *gets a seizure from this revealed awesomeness*

2. Pretty badass foot, but I'm still going to be sceptical for now.

I can't wait for next summer! I hope the Attack on Titan movie turns out great too.