FUNimation, best known as the United States distributor for Dragon Ball Z, has secured the rights for Godzilla Resurgence in the North, Central and South American territories! According to an exclusive by SciFi Japan, Godzilla Resurgence is planned for a late 2016 release!

"Funimation is extremely pleased to be working with Toho to bring Shin-Godzilla [Godzilla Resurgence] to audiences across the Americas. Godzilla became a science fiction icon from the moment Toho brought it to the big screen in 1954. We’re honored to be a part of its rich history.”

The below image was shared on FUNimation's official twitter, confirming their plans for a theatrical release. 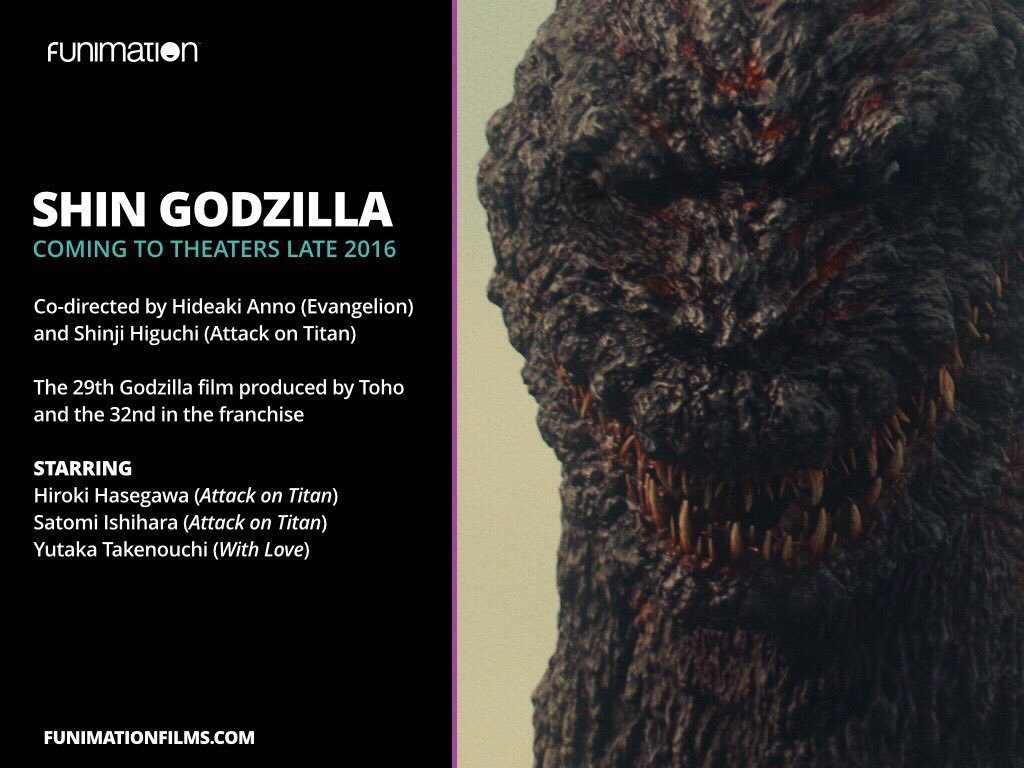 We wait for an official date for Godzilla Resurgence, coming to America this year! More as it comes!
--
Sources:
SciFi Japan
Comicbook.com

8 Fan responses to FUNimation to Release Godzilla Resurgence in North America this Year!

YAAAAAASSS!!!!  Thank you, Funination!  I'll keep my subscription just to show my support.

Yes, thank you very much for bringing Shin Gojira to us. This is tremendous news and I look forward to seeing this significant entry in the Godzilla Series on the big screen, God willing.

This is pretty much the best thing we could reasonably hope for.

Can someone please explain how the American AoT theatrical release worked? Was it only in a few big theaters in Hollywood?

WaffleThePilot,
The Attack on Titan North American theatrical run was a limited release. Both films were shown in nearly 300 theaters across the nation for roughly a week. Most of the theaters showing Attack on Titan were located in larger cities per state.

Funimation. You did attack on titan,right. No delay,right?so what about this. Please do good! You might be able to