The first vinyl figure of “ShinGoji” has been revealed. According to Astounding Beyond Belief and August Ragone, the 35cm figure will be available this July via $5.70 (USD) lottery ticket. It will likely hit retail markets at a later date. Released by Banpresto, Yuji Sakai is responsible for the sculpt. (Sakai is best known for the initial concept maquette of Godzilla 2000 or the “MireGoji.”) The image reveals even more of Godzilla's new design including theropod-esque feet which were teased when the movie was announced. 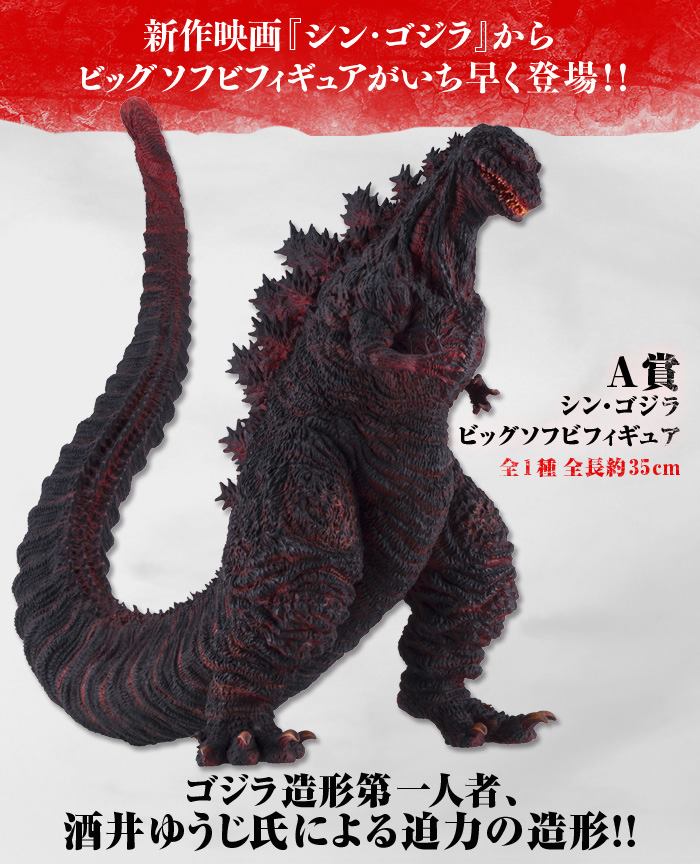 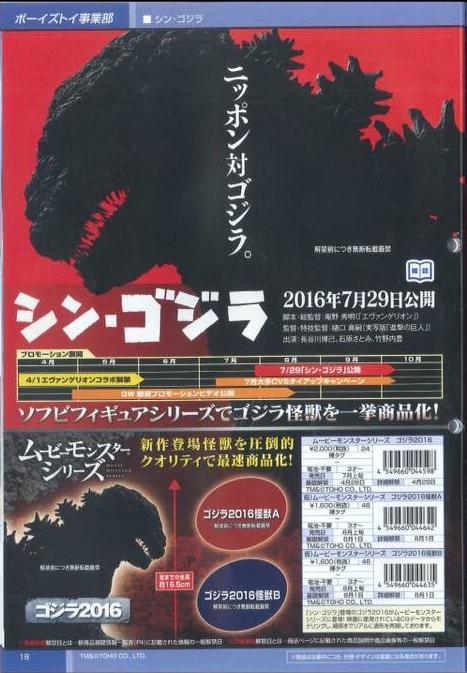 At present it is still believed that Godzilla Resurgence will be a solo outing for the King of the Monsters. Playing it safe with the speculation, it's probably best to assume Kaiju A and B are some sort of new releases of prior kaiju in the franchise. Or alternate Godzilla figures? (Which would no doubt,add fuel to those multiple form rumors.) Throwing caution to the wind? Maybe there are more monsters in Godzilla Resurgence than we think. Either way we'll be seeing three new figures in the line-up this summer.

What do you think of the figure and announcements? Will you be picking up a Shin Godzilla figure? Let us know below.

I definitely plan on it! For $6 I'll probably get a few. I smell giveaways in the near future ;) thanks for posting this up GMan!

I'll probably pass. I prefer figures with more articulation. But this report of Kaiju A and Kaiju B intrigues me. Will Shin-Gojira be alone? Or will he be fighting? Or are these just figures for other monsters in the franchise? Only time will tell.

Please one of them be a S.H. MonsterArts figure on the list, I have to collect it.

I'm with you on that Imperial96. I would love a S.H. MonsterArts figure of this.

The figure looks great. But the feet to be honest kinda looks all messed up.

That tail has me geeking out! I would buy this for 10x that price, that thing is gorgeous. The Banpresto MireGoji figure is still one of my favorites in my collection, the sculpt is amazing. Be sure to post when he's available because I will be buying this guy day 1!

Me two. I just hope they have a SH Monsterarts for this.

This figure will NOT cost $6USD. A TICKET for a LOTTERY with a chance to win the figure costs about $6.