What is your favorite Godzilla soundtrack? Mine is the Godzilla Final Wars soundtrack. I just wish I could find it on iTunes. As well as some other soundtracks.

PICK YOUR TITAN
33 Responses to Your favorite Godzilla soundtrack You won't find the Final Wars soundtrack on North American iTunes or in America at all. So I take it you don't own it?

As for my favorties:

Probably the strongest version of the Godzilla march since 1954. The combination of Godzilla's 1960s theme with the original was spectacular. King Ghidorah's theme has never been more powerful and the sub-motifs are wonderful.

Ifukube's last score really isn't his best, but there's so much good to it. Destroyah's theme is dirivitive of Ifukube's past themes. (Like most of his '90s material.) But it still comes off as powerful. Godzilla's "burning" variation is booming and includes rare percussion in Ifukube's work. And only recently did I notice Godzilla's theme hidden away in the piece where he dies. Good stuff.

Ko Otani is one of my favorite composers. He did Gundam Wing, Outlaw Star, Shadow of the Collossus, Crossfire and the Gamera trilogy-- all of which are some of the finest scores modern Japanese scores in recent history. GMK introduced a massive amount of synth to the series in a way that Final Wars completely failed at. It blended raw instrumentation with electronic experimentation. The result was a very psycho sounding Godzilla theme and some of the prettiest motifs to grace the series.

The first and only female composer of the series already proved herself with Godzilla x Megaguirus, but Tokyo S.O.S. took that theme, her MechaGodzilla theme and bonded it with the most emotional pieces of not just her career, but the series whole. The end credits are a masterpiece.

I own just about every Godzilla soundtrack, I enjoy them all on some level. But these four tend to take the cake. My personal favorite Godzilla soundtracks are:

Godzilla's theme is my favorite

^Okay... I like the track and all, but it's one track, out of an entire score. People jumping the gun and saying the new movie will be the best without even seeing it is insane enough, but come on! One track and it's someone's favorite? Really?

Any Godzilla vs Mothra film

anything akira ifukube did during his time. :)

My favorite so far is the newest one by Alexandre Desplate  which is just titled Godzilla.

Wow, one of my posts has a star next to it. I have no idea what it means but it must be good.

It means we thought it was a good enough topic to sticky to the top.

Godzilla 1954 them. I don't exactly know what the name of it is but I'm sure you know which theme I'm talking about.

I also really like the Godzilla vs King Ghidorah 1991 theme.

Thank you GMAN2887. This makes me feel good inside, knowing one of my topics was good enough to sticky to the top. 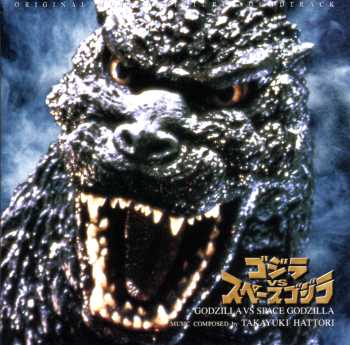 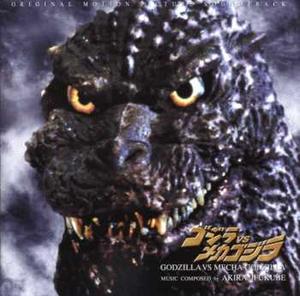 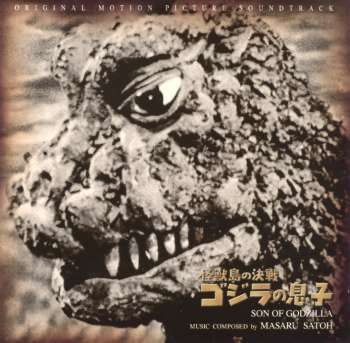 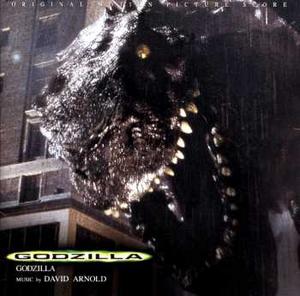 GODZILLA 1998 (I liked this soundtrack, sue me)

You're killin' me with that second one Danielle. Shocked you of all people didn't list 2000.

I tried twice to post a list of my favorite scores and explain them, but the site crashed both times as I tried to post them and I wasted over an hour of writing. So here's the list but I won't bother explaining them for the third time.

In all honesty, the Godzilla 2000 soundtrack isn't the best, but it's not bad either. I feel somewhat neutral about it. There are a couple tracks from it that I absolutely love like "Godzilla appears in Nemuro", "Giant UFO approaching", and "Extraterrestrial Life: The Birth".

I apologize if I killed you with Godzilla vs. SpaceGodzilla, I know how much you despise that movie. XD

I do agree that Godzilla 2000 does have a lot more themes and variety (I love Orga's theme!), but the instrumentals in the soundtrack are just meh. But that's just my opinion. :)

I love them all, its so hard to pick favorites.  But I'll take this opportunity to second Spacegodzilla.  Sorry if I've deeply offended anyone by that, but tough toenails.  Spacegodzilla is one of my favorite films in the series, and to the day I die I will never know why people despise it as much as they do.

If anyone wants a picture of me to use as a reference for the effigy they plan to construct and then nail to a cross, burn, and then hurl off a cliff, let me know and I'll shoot you a PM.

^That was too hilarious.

I listen to soundtrack music all the time; they take up a good 97% of my phone's music selection, growing just about every week. Of that, I'd say about 40-50% are Godzilla scores. It's hard to choose between them as a favorite; they all have good pieces in them.

So, I guess in no particular order, these are the ones I find myself listening too frequently:

An Evening Of Special Effects Film Music (Does that count?....)

Godzilla 2000 (Mostly the Japanese Tracks, but there's an American one in the mix: Orga's Appearance)