Well, today just so happens to be my birthday! :D

And for my birthday, I would like to ask all of you what you like about my favorite monster ever: Orga!

Do you like his design? His backstory? His roar? I would love to hear your replies! C: 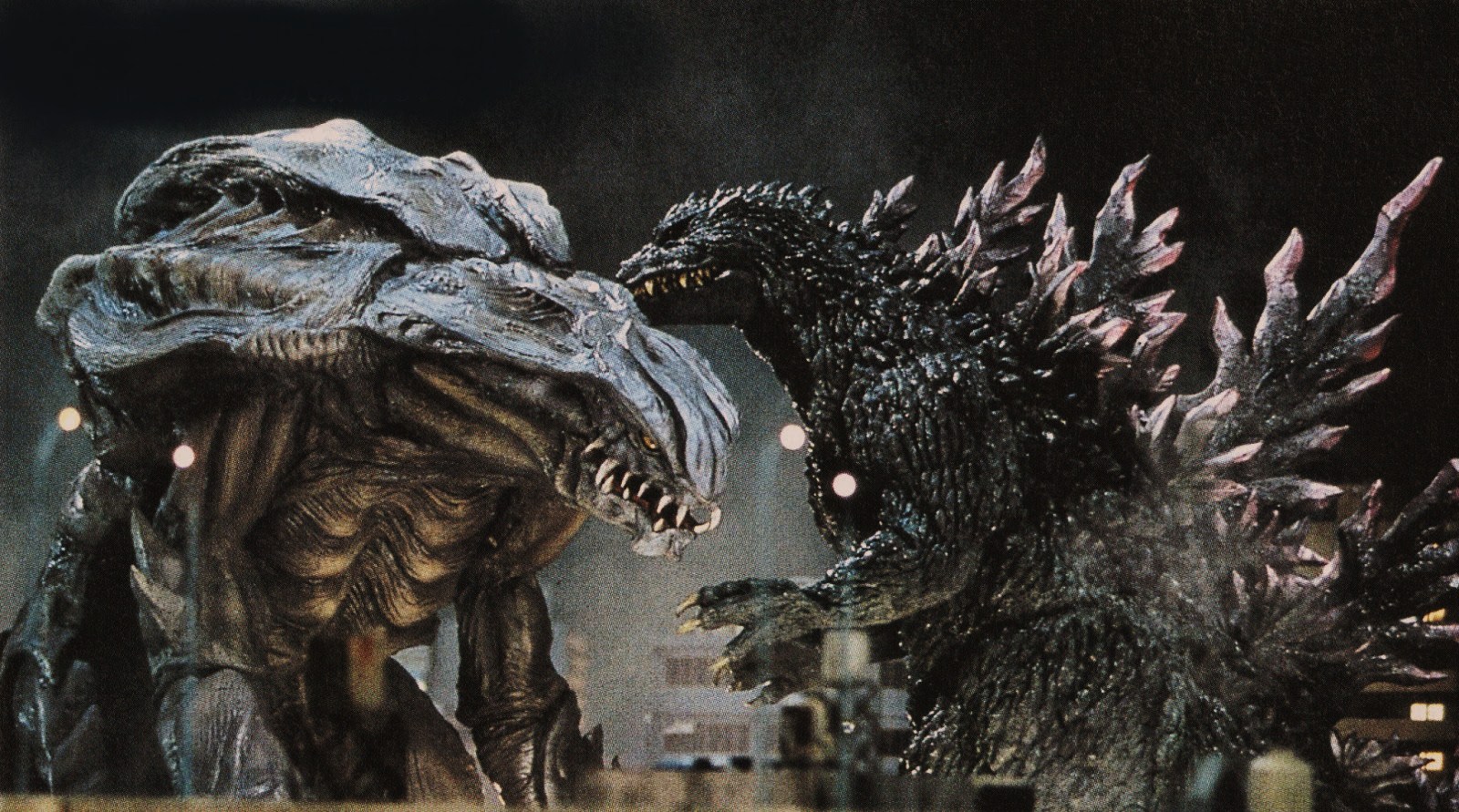 PICK YOUR TITAN
25 Responses to What do you like about Orga? (Birthday wishes)

I like that the he is big and shoots his beam out of his hunch back, which is really unique unlike many other monsters who shoot their beam out of their mouths, eyes, and horns.

My Favorite Villain is probably Megalon.

I love mostly everything about Orga actually! He is perhaps one my favourite monsters, he is a badass and has a VERY cool design aswell!

Have a great day!

My favorite part about him is his shoulder cannons.

i like his design and his roar. his design is very gorilla like which are some of my favorite animals next to bats. i like his roar because its rather unique compared to other monsters roars. and happy birthday!

Happy Birthday and what I love about Orga the most is his originality, after godzilla 2000 the rest of the mosnters in the meillennium serise lacked the same originality as orga.

I like Orga's original design, since after him millenium just went with old monsters.

Where would I even begin?!  Everything about Orga, from his backstory to his design, is brillient!  He's a truly inspired creation, in my opinion!  He has a fascinating character, and the motivations of the creature he mutates from, the Millennian, are really unique to the Godzilla series.  Its an ingenious twist on the alien invasion concept, and dare I say the coolest the concept has ever been applied in the series!  The mutation aspect of Orga also makes him unique, and his design reflects the influence of the Godzilla DNA in his body amazingly!  I particularly love his asymetrical body; a scale or pattern or even tooth on one side won't be on the other side, making him fun to look at, study, and draw!  And his roar in both versions of the movie are really awesome, and I'd be lying if I said I haven't tried to make that roar myself while playing with my Orga figure!

Seriously, I could go on forever, but needless to say, Orga is one of my top two favorite monsters, and he's been one of my best buds since I first saw his movie 13 years ago.  He's a very special monster to me, and I've got my fingers crossed that he makes another appearence in a new film soon! :) What I like most about orga is how original he is, I mean a space ship that turns into a squid then turns into a bad a$$ Godzilla clone that tries to consume Godzilla to become a true copy of Godzilla. What's NOT to like.

I think what's interesting about Orga is that his entire origin is a spin on the alien invasion stories of the Showa series. Instead of communicating with humans he's practically communicated with Godzilla for the sole purpose of becoming the dominate species on the planet. It's very errie.

I felt the design was somewhat generic, but it worked in tandem with its backstory-- it wasn't trying to be unique it was trying to be a copy. The Orga form was the closest it could get short of consuming Godzilla. (I do wish the hands moved a little more though. It sort of took me out of the movie...)

And as uncomfortable as it makes some people, the sexual symbolism Orga displays at the end of his tenure has always been interesting to me. Most movies have a scene majority that has some very loose or basic connection to sex, even on the vaguest level. Interesting to see that even the monster scenes in the Godzilla series have a metaphoric connection-- Even if it might've been on the most subconcious of levels.

The sexual 'symbolism' point you made is a rare thing to see in monster nowadays. I think it mainly started with the Xenomorph life-cycle, and that uncomfortable feeling you get makes a monster creepier and memorable in my opinion. Another of the thousands of reasonsI love Orga. :)

I'm not sure if it's rare or if it started with the Xenomorphs from Alien-- There's always been some lingering sexual undertones in stuff like It Came from Outer Space, Planet of Vampires and the remake of The Fly. But I agree its one of the things that enhances Orga's status as a creature.

As far as orga goes i would like to see godzilla take on orga, getting tired of mothra, king ghidorah, and mechagodzilla. :)

I guess. And my birthday is tomorrow i will be 24...i am getting old. XD

Thank you very much danielle. :)

My favorite about him is his design and where his beam comes from.

I forgot this in my previous post but Happy Birthday! Other than how delicious he was on your birthday cake - I like his many transformations!  My favorite is the flying saucer form!

Sorry for the late birthday wishes but...Happy Birthday for 2 days ago. Hope you had a good day. Anyway my favorite part about Orga, is how he can open his mouth really really wide and almost swallow Godzilla as a whole. Hehe.

He's pretty cool. I like his design, and his (U.S.) roars are terrifying. (The Japanese roars ound like a Xenomorph.)