So i thought i would make a post about something that hasnt been quite done before.

My absolute favirote Heisei is 91, but 89 almost one by 99% But 91 holds a special place in my heart for previously told reasons!

My Favirote Showa is the original 1964 Godzilla vs Mothra, he looked like when it came to fighting, HE WAS FOR REAL. As in he could fight anything, although he was the klumsyiest he is still awesome!

Millenium for me, it has to be Final wars, he brought a very cool design that i would have liked to see again, from his stature like the early Heisei to his overall Kingly like behaviour, reminiscent of 1954.

So whats your favirote Showa, Heisei, and Millenium design?

In any case my favorite is the '91 design as well. Massive pectorials, broad shoulders, hooked neck, animalistic brown eyes-- Outside of general suit mechanics the Heisei suits ended up becoming fatter looking and less impressive. I also didn't like it when they added color to his eyes. The Gido-Goji was the last of a really animalistic looking Heisei Godzillas.

Showa... hmm. Recently, I've had to go with the '75 incarnation. Although I really didn't care for the Megaro-Goji in '73, they kept improving the face in '74 and finally '75. By the latter year he looked as imposing as he did in the 60s. The scowl-esque look to his muzzel and heavy brow made him look like a serious enforcer.

I agree with you 91 was probably the leanest of the Heisei.

Also Showa 75 is better then 73, i liked his more intense face made him more focused looking.

I will add Millenium!

Millenium: This is really tough. The Millenium series has my favorite designs out of all of the series. I'm going to have to go with 2001 (GMK).

All time favorite: Bio goji aka the 89 suit

showa favorite: either the 68 suit or the 74 can't make up my mind

millennium: not really sure I guess I'll go with the final wars suit

Have to go with 01' for Millennium. GMK's Godzilla may have had a pot belly and small pectorials, but that's largely due to the fact the suit was suppose to walk hunched over similar to a T-Rex. The weight ended up being too much for the suit actor to take, so he was upright instead.

Regardless of the flaws, the face was easily the best looking and most fierce of the Millennium designs, I loved the spines and feet and the pupil-less eyes were a nice deviation from the norm. He also looked organic which I can't really say for the other Millennium costumes. Millenium - a tie between GMK and Final Wars Showa has got to be Godzilla VS Mothra because those eyes were so creepy...and he looked like he wasn't F*cking aroud

Heisei is Godzilla vs King Ghidorah, simply because it's Godzilla at his prime

And for Millenuim, I'll go with good ol Godzilla 2000. Somthing about that design is...interesting. It's the ideal redesign of Godzilla (At that time)

"That is one big pile of sh*t" -Doctor Ian Malcom

Millennium: Godzilla vs. Megaguirus (I know it's almost the same as 2000 but it seems as if they added a few tweaks that make me like it just a bit better) 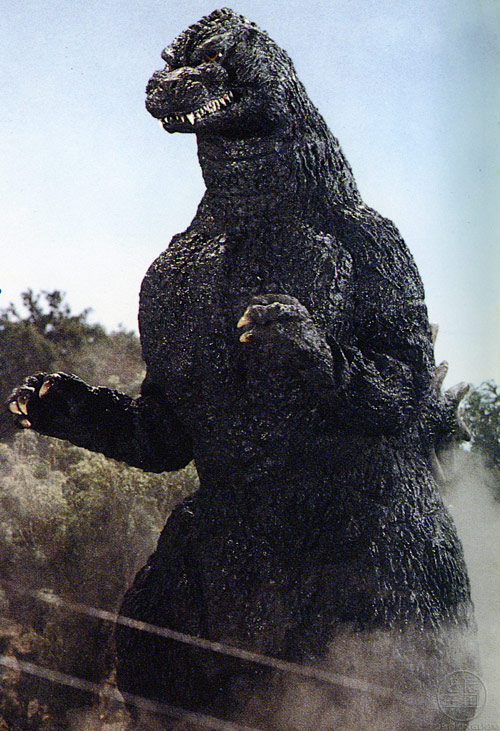 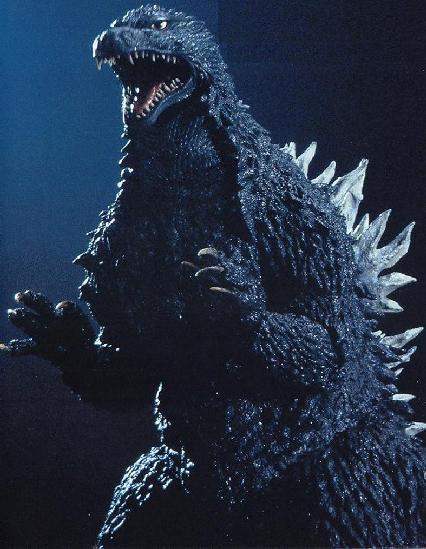 Showa: A tie between ShodaiGoji (1954) and MosuGoji (Mothra vs. Godzilla).

Showa is defenitly the original 1954 for me.

Heisei is defenitly the 1991 suit

Millenium is defenitly the 2001 GMK suit.

Trending Articles
Forums & Community
Will the new sequel Godzilla and Kong most likely involve romance or not? 3,677
Is this real? 656
Predictions for Godzilla 3? 1,171
LEGO Kiryu is running out of time! Please support now! 1,062
Are godzillas thigh fat 1,751