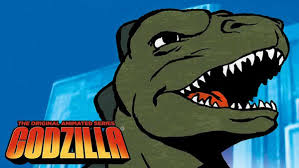 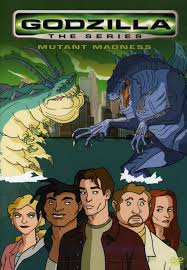 My opinion: I do like the Hanna Barbara version, but I like the series based on the 1998 film better cuz I think Godzilla is drawn in color detail while HB one is just plain green and I do love the fact that he fights monsters in it oppose to the film were zilla just walks around and the fact that he has a Green atomic breath instead of blue, orange or red.

The HB one is a little too over the top kid friendly which is suppose to be I think but the 1998 cartoon series was done in a way that both kids and adults will like it and it doesnt have that too kid friendly feeling in it.

This makes me hope that G2014 will get a cartoon series too possibly done in 3d animation like the 2012 tmnt show.

cuz Ive heard Pacific Rim will get a cartoon series according to this video.

So yeah I hope Godzilla 2014 gets an animated series to, to bring more attention to Godzilla.

PICK YOUR TITAN
16 Responses to Hanna Barbara Godzilla or Godzilla the Series?

i actually liked the zilla series better. it may have been a monster of the week type of show but it had some cool stories and nice fight scenes

I've never seen the HB Godzilla, but I watched GTS, and it was pretty cool.

Hands down the Hanna barbera.

I personally like the TriStar series better than the HB one. The HB one is overly cheesy and even though the monster looks more like Godzilla than Zilla Junior, Zilla Junior still acts, sounds, and kicks butt more like the real Godzilla. Plus I don't really like the human characters in the HB series and cannot stand Godzooky. At least the TriStar series has a likeable human cast and the monsers are at least somewhat original for a saturday morning cartoon. In my opinion, Godzilla: The Series almost redeems the atrocity that was the 1998 film because unlike the 1998 film it was actually made by real fans of Godzilla.

The HB godzilla cartoon is not very good. I have a fondness for it due to nostalgia, but it has so many problems. Godzilla breaths fire and shoots eye lasers if a big thing. It's not uncommon for the animation to alter his size from scene to scene in a very noticable way, and Godzooky is somewhat questionable. The crew is also very detached each playing a role of a family member but for the most part not really straying from that or being relatable in any way.

So I'd have to prefer Godzilla: The Series, overall it's a much better done show even if it's not perfect it's basically an upgrade all around to the HB one.

The HB series for sure Everything about it just felt right(Except Godzooky). Godzilla himself looked really neat, and i cant help but feel like it kinda resembles the 2014 one. And all of the monsters, while being incredibly cheesy, was always fun. With the 98 cartoon, well...It just felt rather "ehh, what evs". There where nothing that screamed me. The animation and music was nice(Hate to say it, but the music that played when Zilla came on screen was cool).

But no, the HB series won me over instantly. I loved Hannah Barbera, with there wacky style, it really did feel at home.

I mean, the Hannah Barbara series is just as much GINO as the GINO series. A Godzilla that fires flames and laser eye beams? At least the GINO series had the roar and an atomic beam.

It is interesting, though, that both series follow a group of scientists that are constantly aided by their "Godzilla". In any case I enjoyed the GINO series a lot more. There's a clear attempt to redeem a lot of negatives with Sony's take on the property.

Well, I enjoy them both equally. Hanna Barbara has great fun and cheesiness (like most of the Showa series), while Zilla Jr's series is more grounded and serious. Hanna Barbara's got the classic animation styles of old while the latter justg has awesome animation in general (with a few exception shots). Both series also exibited some pretty amazing monsters as well; I would say the kaiju we got out of both series are almost on par with Toho's in terms of creativity.

However, if we were rating it on a basis of theme songs, HB wins.

I don't think it's possible not to sing along.

WHAT IS WITH MY YOUTUBE VIDEOS NOT SHOWING UP. I haven't really watched any of them before but I've seen the intros and clips I prefer the 1998 version.

They're both equally good shows in my opinion. Cool monsters and cool battles. The humans may be boring but Godzilla is awesome and he kicks butt! 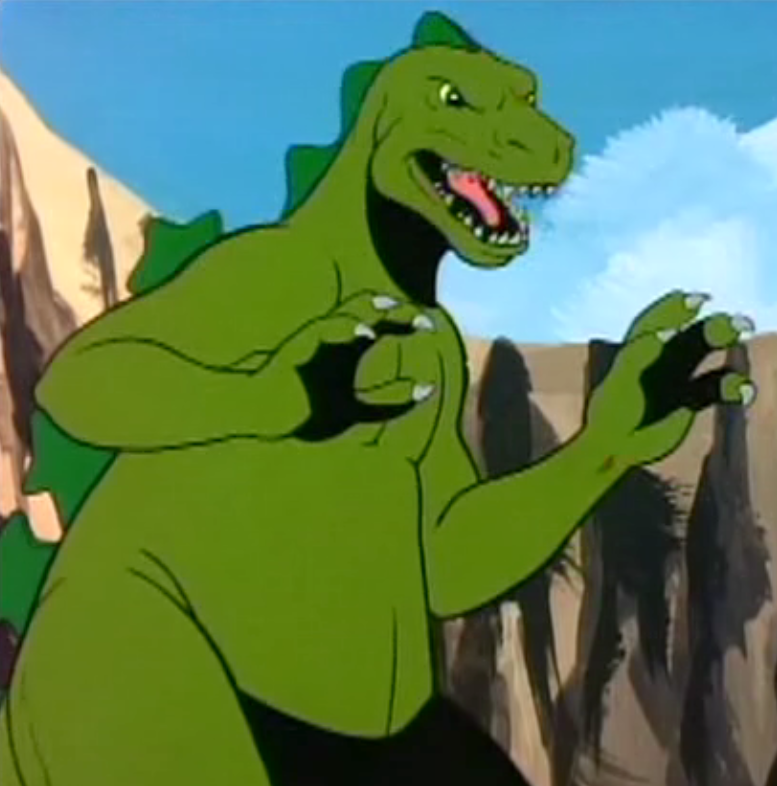 ^This, except for the Godzooky hate and the boring characters. XD

If it wasn't because of Godzooky and the boring human cast on the Hannah-Barbera show, I wouldn't be saying Godzilla: The Series is far superior.