No bagan dos'nt count. I'm wanting Gigan of course but maybe someone like Megalon, Orga, King cesar really any one even soemone like gorsaurus. So who do you want to see that dos'nt have anoutgh apperances. Remember thy have to at leat be in one film and thrre is the max.

I'd love to see Biollante reappear in a film, even if its not the new one in 2016. I think she's an underappreciated character that has a lot of potential for returning to the big screen.

I would like to see any monster that isn't named Mothra, Ghidorah, or Mechagodzilla be in the 2016 movie, doesn't really matter which just give the others a chance.

Yeah, I'm glad that Mothra, King Ghidorah and Rodan are in the Legendary movie, but I don't want to see new Toho versions for a few reasons. They've cashed in on those monsters in Japan plenty for the time being and with Legendary tackling them I'd like to see some other monster get limelight. At least a monster that's a draw, but not overused. Or something new.

Ah geez, my luck will be a Toho MUTO... Actually not a terrible idea as long as they're cannon fodder. allthough i DO NOT like bug kaiju, i think Megaguirus and kamacuras would work, but i would love to see !!!BARAGON!!! and yes MechaGodzilla.

THEGIGAN - I would adore seeing Baragon! He is such a little cutie! I love his oversized ears and his unrelenting attitude despite the fact that he is much smaller than most of the other Kaiju! :)

Geez, I would LOVE to see Biollante in a new film. Her backstory has so much potential with the "haunted spirit" story. Imagine if Erica was 7 or 8 when she died, so Biollante would have the mentallity of a child when reborn. Then you could throw in her father trying to destroy the kaiju while trying (in vain) to save his daughter, possibly a split personality as the human side of Biollante fights the Kaiju side, MAN it would be interesting!

Anyways, others I would love to see would be Titanosaurus (although his design would have to be updated for a modern audience), Orga, and Destoroyah (he is basically the equivalent to Godzilla as Bane is to Batman, afterall). You can have so much fun with these guys plot wise.

I honestly think toho should introduce atleast 2 new kaiju, BUT if they were to bring some back, i would like to see:

Biollante: Of course i would, lke stated above, she's underapreciated and needs more screentime. She would be perfect for a comeback.

Gigan: With a design not so different from GFW BUT maybe modernized  and with more backstory reveals

Anguirus: Even tho he has appeared in various films, who doesn't wannt that spiky critter back?

Baragon: Another potential yet underused kaiju, wanna see him come up with new tricks up his sleeve

Megalon: ok, i am totally honest when i say, Megalon NEEDS a reappearence. He has a cool design and interesting abbilities, i would love to see him again

Hedorah: I honestly find it unfair how people hate Hedorah, i mean, WHY? This kaiju isn't as horrible as many think, infact, with a little bit of touch up and a few added abbilities, He could prove to be a threatening ****! (and GFW didn't do any justice at all with him so this doesn't count)

SpaceGodzilla: although with a probable different origin (unless biollante and mothra return to the equation), a new and improved space g would be inneresting (dont get me wrong, space g is cool as he is now as well).

Titanosaurus: Probably as a minor villain or referenced atleast. Like that Kamoebas scene on SOS. But actually showing him fight and die instead of just washing up on the beach.

Maybe Gorosaurus could get a short scene, maybe where the characters find him before finding Godzilla. It'd be nice to see Baragon. Also, Gigan would be awesome. Maybe an original kaiju? 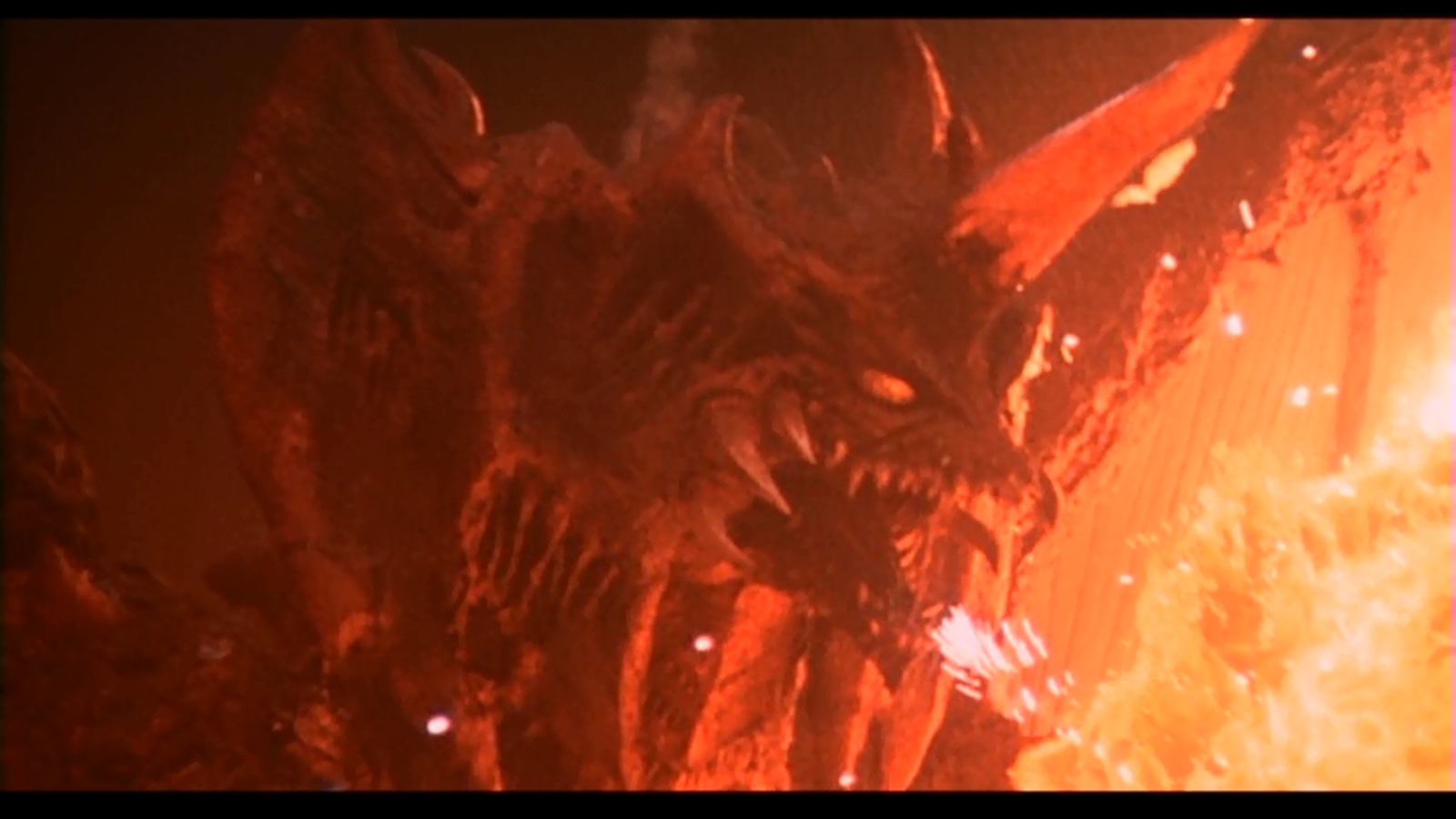 Since I am a Destoroyah fanboy, I'd love to see him return...

The problem is, Destoroyah is probably THE ultimate Godzilla's enemy (not the most notorious, not the most favourite, but the most powerful and deadly), so it would probably make no sense to recreate him for the first Toho Godzilla movie in 12 years (and I'm not interested in seeing him being a watered down, weakling version of himself).

Other than that, Gigan would be a great pick, since he is a all-out cool monster, who can give Big G a hell of a fight, but isn't known as being hard to defeat.

Or maybe pit Big G against three or four weaker kaiju of similar characteristics. Like maybe insects (Kamacuras, Megaguirus and Battra larva) or sea creatures (Gezora, Ebirah, Manda and Titanosaurs). Establish him once again as a some sort of Earth protector by destroying these antagonists of mankind...