Talkback #16: The Return of Godzilla 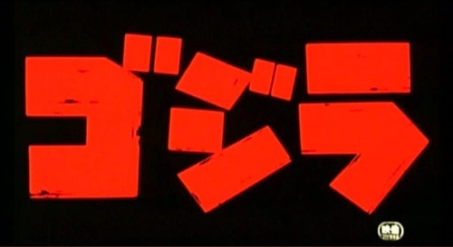 While sailing, news reporter Goro Maki stumbles upon the derelict Yahata-Maru. Its sole survivor, Hiroshi Okumura, claims his crew was killed by a monster. Maki soon realizes that the creature Okumura saw was a new Godzilla. As the two work with Professor Hayashida on a plan to lure Godzilla away from Japan, the Cold War world braces for the King of the Monsters' return and the consequences of using modern technology against him. GMAN2887 - The most vivid memory I have of this film was the moment in which I sat down and beheld the opening credits. The music and the imagery, the blacks and brooding reds of the lava, set the stage for a more atmospheric and haunting Godzilla film than those to which I was used. I was very young, however I clearly remember the feeling of fear that crept over me - especially during the ship scene in which Maki is stumbling around amidst the dead in the dark. Of course, Godzilla's new design was also an extreme change for me! Seeing the dark scales, the more anamalistic features and the much more animated facial structure was incredible - and slighlty unsettling! The Return of Godzilla's story was not necessarily as Earth-shattering as it likley could have been; however, it played upon the fears that were rampant throughout the Cold War and did so in a fashion that (in my opinion) paired well with the King of the Monsters! :)

While the acting isn't the greatest, the return of Godzilla is a very serious film. It put Godzilla back to the original way like that of the 54' but, this new Godzilla was 80 meters or 262 feet tall. Teruyoshi Nakano did some outstanding special effects for this film but, I think terror of mechagodzilla was his best.

I actually place this film around top 10.

The film can't be called anything but a classic.

Without Return of Godzilla Heisei would not have been the same, it was a milestone for the franchise.

Like the 2014 film, this movie has a number of flaws that keep it from being a "great" movie, but also like 2014 its strongest attribute is tone. The film's atmosphere (again, similar to 2014) feels more like a disaster flick than it does a kaiju film and it actually works in its favor. Yeah the characters are bland, the editing is abysmal and the Cybot Godzilla was a waste of money, but the way this movie feels really sets it apart from any other film and its worth watching merely for that.

GMAN2887 - I could not agree more! If I may ask, how much did the animatronic Godzilla cost in American dollars? :)

Something Real,
I don't recall. I know it's in Steve Ryfle's book, but I can't seem to find it. I'm pretty sure it was a six digit figure. (Although that might be yen... doubtful.)

If the characters weren't so bad this would probably be in my top 10, but when I was more interested in the homeless guy looting the empty city than any of the other characters there's a problem.

Other than the characters though great plot and idea, bringing Godzilla back into a time of the Cold War. I last saw the movie in english and even that was a while ago, but I remember thinking they did a pretty good job changing the scenes and editting so it looked better, it was also nice to see Steve Martin return even for the few scenes he is in Raymond Burr does a really good job playing a serious person watching waht he already lived through. He makes you almost forget about the soldier that's just there to namedrop for marketing.

GMAN2887 - Six digits?! Oh, gosh! No wonder it was viewed as such a waste! It certainly did not appear on screen enough to pay for itself! :)