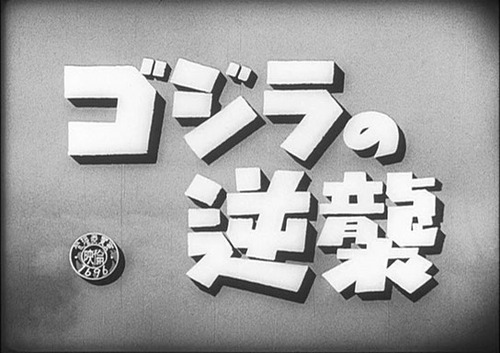 After pilot Koji Kobayashi's plane goes down on Iwata Island he and his wingman, Shoichi Tsukioka, discover a second Godzilla locked in battle with another prehistoric creature: Anguirus. After alerting Japan of a new threat the military devises a plan to lure Godzilla away from shore with flares. After a freak accident nullifies the plan both Godzilla and Anguirus arrive in Osaka. The winner of the death-match will threaten Japan for years to come. That's when Tsukioka and Kobayashi take matters into their own hands. Probably the most underrated Godzilla movie in my opinion.

I don't feel like it's so much underrated as it is just overlooked. Most things I read from fans about this movie seem pretty levelheaded and fair, it's just this movie doesn't get much attention being sandwiched between the original and one of the most well known in the series.

Not to mention a host of other effects films before King Kong vs. Godzilla that really overshadow it like, Rodan, The Mysterians, The H-Man, Mothra, etc. It also seems that this was one of the harder Godzilla movies to find at one point, which also could have contributed to it.

Hmm perhaps. Coincidentally before this got posted I views a video on youtube with the creators saying this was by far the worst Godzilla movie out. That and the fact it isn't brought up along with the most horrible dubbing any Godzilla movie had to suffer made me think that the general concensus was low tier.

Granted this is of course due to the general lack of notice this movie gets. It also had 0 replies on the thread which seemed strange but now since basically all of the last talk back threads have had 0 replies that might just be the fact of a dying forum.