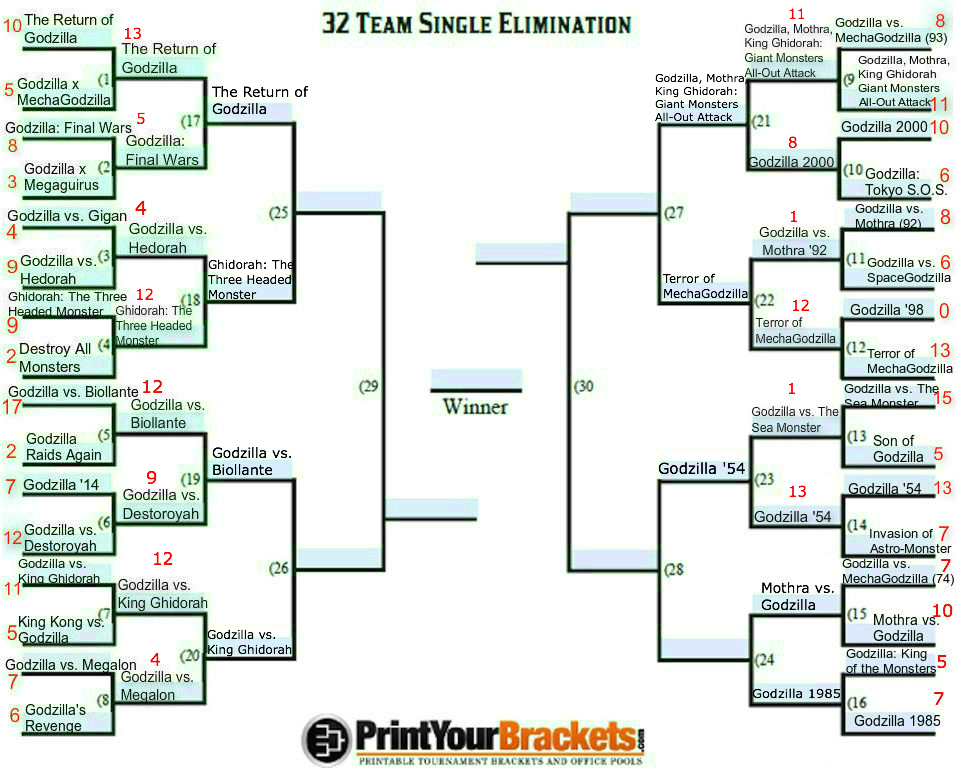 GMAN2887 - Oh, gosh! This is going to be difficult for me to answer! Hmm...I believe I will cast my vote in favor of Godzilla 1985. It is going to sound silly, but I was very moved and impressed by the film from the very start. The beginning credits with the dark tones and atmospheric music coupled with the volcanic imagery were simply incredible! Not only that, but I liked the more mysterious and unsettling nature they gave Godzilla himself! :)

I'll cast my vote for Mothra vs. Godzilla. I'd go into detail but I'm pressed for time.

I have to go with Mothra vs Godzilla, but Raymond Burr's acting as Steve Martin almost makes me want to choose 85. Ridiculous he got nominated for a Razzy for that performance, not much he could do with the actors he was paired with, one just there to act stupid and name drop products.

I am going to have to go with Godzilla 85. That shouldn't be a knock on Mothra vs. Godzilla though. Godzilla 85 is just a good return to form for the series.

Not even close; Mothra Vs. Godzilla. Mothra vs Godzilla by a nose (Mothra's nose, so that's probably quite sizeable).

I vote for Mothra vs. Godzilla.

Godzilla 1985 was a fun movie to watch in the theater but Mothra vs. Godzilla is a true classic.

And yes, this is a ridiculous attempt to generate heat in a dead thread.

Biolante won, beating out the original.

Old news. Ed Godizewski had some choice words for that poll in my interview with him about Godzilla vs. Biollante. He tends to find its voter base dubious at best.

I could say the same for this as well though--I've run it through a couple different forums and will release results for each one once it's done.