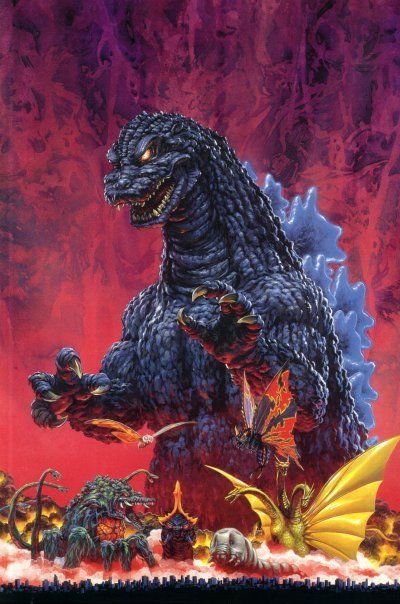 how godzilla killed mechagodzilla and not kong

okay so by now most fans have seen Godzilla vs kong but in that film kong and Godzilla work together to fight mechagodzilla but if Godzilla never charged up kongs axe kong could not kill mechagodzilla so do you agree? comment below!

Totally, Kong would be killed if Godzilla didn't charge up his axe.

They didn't make this movie any clearer. I expected more. That they would kill each other.

he didnt kill kong because adam wingard was to chicken to make him.

Even if Kong killed mechaG or not, can't we agree that Kong "won" the battle, but Godzilla won the war?

Kong killed Mecha G. He delivered the final blow and chopped off the head. Kong had helped, but he was the one that physically did the act. It was the least he could do after Adam decided to make Kong ****in useless against Godzilla in a movie called Godzilla vs Kong. Like how do you introduce an anti-Godzilla axe and have it not seriously damage Godzilla when it hits him in the head? Why make Kong need help every fight when you build him up to be this alpha Titan that is going to finish a war between their ancestors. The next director better show Kong to be a beast like he always was and I don’t want to see a human anywhere near those fights. Kong handles his own fights and always has.

He did beat Godzilla in round 2 without help with the axe and Godzilla was out for a while.

Yeah, it was told like that. But then Adam came out and said Godzilla was just playing with Kong the whole time and finally took the fight seriously when he got hit in the head. So basically the director just said Godzilla didn’t take Kong seriously at all and when he snapped he took Kong out in quick manner.