Godzilla Vs, the widely known up and coming Godzilla video game, will be shown at E3.

For those who don't know what E3 is, its a very famous video game expo, where big video game developer's come and announce new titles for their franchises. 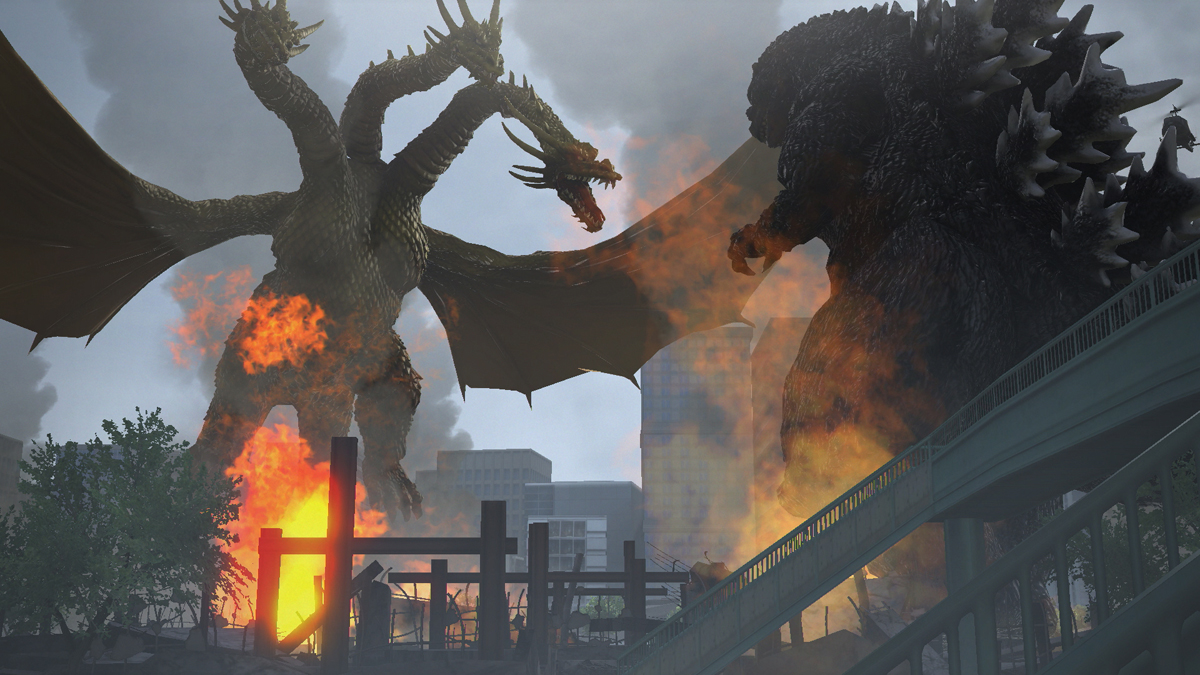 This new's comes from Gormaru Island, and to quote them,

"Joining along side saiyans, pirates, ninjas, and so much more, will be storming the King of the Monsters! Seeing how the game will be released next month, it's understandable that Bandai Namco Entertainment show off Godzilla while attending the event. So G-fans definitely keep an eye out! Expect gameplay footage and interview coverage!"

I personally am excited, i am hoping for a lot of new footage to be shown at this E3, and giddy to know Godzilla will be apart of it.

Does this mean new game footage soon? I've been dying for some new gameplay footage.

I hope that I get to see gameplay footage of Rodan and Anguirus.

Godzilla smash bros and star fox at e3! all my favorite francises all in one place this is awsome.

I'm a bit confused here.
Is Godzilla Vs. a different game from this one?

Godzilla VS. and the PlayStation 4 version of Godzilla: The Game are the same game, the only difference is that VS. is just the Japanese version. Aside from the language, they are the exact same game.