A number of toy retailers have begun leaking images of a number of Godzilla 2014 and MUTO Monster toys online. Today, we've got a slew of new images from varous sources below, showing off over 5 different (new) Godzilla 2014 toys! Check them out:

First up, we have the "Giant Size Godzilla":

Next up we have a variety of product thumbnails from ToyWiz which showcase the "Atomic Roar", "Smash Strike", "Tail Strike", "Chibi Pack" and both Godzilla and MUTO "Desruction Packs": 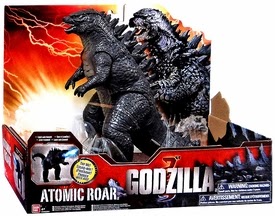 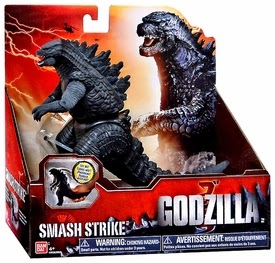 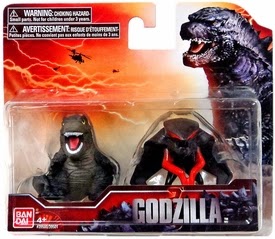 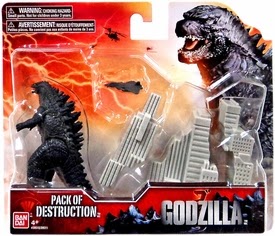 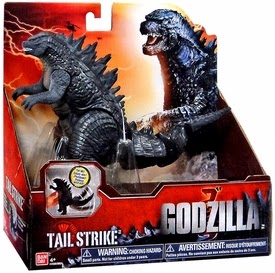 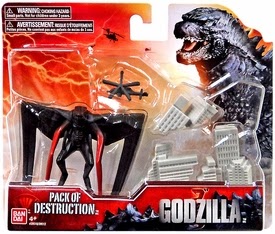 ... And here's one more image from Toy News International featuring another look at the "Giant Size Godzilla" toy, to put the size of the toy into perspective: Special thanks to a number of fans on our Facebook Page as well as in the forums and on other sites for linking us these images! Heh, Look at that photoshopped kid...

Hey, I don't know but did anyone grow up with (I'm in my mid 30's to say) a full size blow up Godzilla (like 6-7' ft tall)? I diffinitly did!! Just asking. It was the mid to late 80's when my parent's got it and I would love for someone to do that again, I would love to get one for my kids.

I'm just hoping some company would make something like that again.

Statzman44, I still have that inflatable Godzilla. Not too long ago I blew it up so that my son could see it. What a blast! wow the one at the bottom the winged muto is really bizarre! I love the figures, these are awesome. These arent doin for me. But the huge 47" one looks great as does the NECA.

Trending Articles
Forums & Community
I'm back...with mixed feelings about Godzilla Vs. Kong's sequel 704
What do you think the “colossal, undiscovered threat” will be in the next movie? 2,243
WHY?!? 1,494
What is your favorite godzilla? 1,381
the team's members are growing! 1,514