For many Godzilla fans the world over, the ultimate dream would be to take part in the production of a Godzilla film, or better yet, to create their own production on their own terms. This has led to many fans setting out to create their own fan projects, which range from 3-4 minute videos of toys held in front of cameras to longer, more labor intensive stop motion films, and beyond. A few brave souls, including Japanese filmmakers and kaiju fans Shizuo Nakajima and Shinpei Hayashiya, have poured many years and sizable (albeit still small for a live action motion picture) budgets into feature-length, completely independently produced Godzilla films such as Wolfman vs Godzilla and Godzilla vs Death Gilas, respectively. These movies, produced outside of Toho as non-for-profit labors of love, represent the realization of that ultimate fan dream. And now, with your help, the most ambitious indie Godzilla film of them all could soon become a reality… Conceived by fan Greg Graves in 2009, Godzilla: Heritage has, over its 6 years of production, evolved into perhaps the most ambitious project ever undertaken by the American G-fan community: a feature length, fully scripted motion picture with a serious storyline, professional actors, and most importantly, a sizable cast of classic Toho giant monsters, fully realized on screen using the traditional tokusatsu techniques of suits, miniatures, and animatronics.

The following is a synopsis of the film:

The film will be directed by Graves, and will feature a talented cast and crew that will bring this “by fans, for fans” Godzilla film to life. Key to the success of the film will be creature designers and fabricators Rashaad Santiago, Chaz Vance, Jake Corrik, and Ben Bayouth (the former of which was winner of SyFy’s Season 6 of Face Off, and the latter 3 of which were contestants on Jim Henson’s Creature Shop Challenge on the same channel). In addition, Godzilla-Movies.com’s resident 3D artist extraordinaire “Dopepope” will be lending his considerable talents to the film in designing the new looks for the various kaiju, or “Superfauna”, that will appear in the film! We wish him the best of luck! 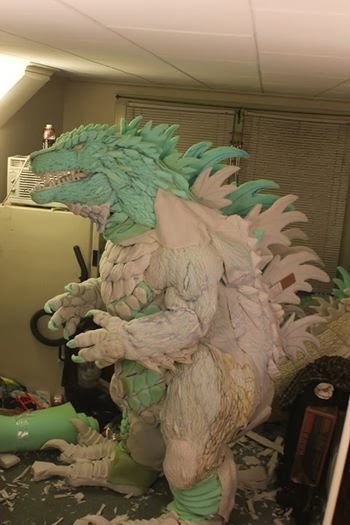 As Godzilla: Heritage is a non-for-profit film, much of the production has been payed for out of the director’s own pocket, with much of the crew working for next to nothing on props and in locations that would cost “official” films many thousands of dollars more. To finish the film, the team turned to crowdfunding, seeking the funds they needed via a Kickstarter campaign several years ago. Unfortunately, the campaign failed to reach its goal. Undeterred, the team tried again, this time splitting the campaign into two phases. Phase 1 last year secured the project nearly $20,000.

In June of 2015, Phase 2 launched, along with the debut of the first official trailer for Godzilla: Heritage. This time, the creators are seeking $40,000 to finally finish the film. Without this money, the project cannot be completed, and the creators fear that it may have to be shelved if the necessary funds are not raised in time. As of this writing, the Kickstarter campaign has raised over $16,000, and is reaching its final weeks.

For Godzilla fans, seeing this project come to fruition would surely be a dream come true. If any readers are so inclined to make a donation or learn more about the project, please visit the Kickstarter page to read all about the project, its goals, and the incredible perks for donating (including signed artwork, screen used props, and 3D printed figures/maquettes of the film’s monsters, including Godzilla himself!), as well as view the official trailer for the film.

So, what do you think? Do the possibilities of Godzilla Heritage interest you? Would you like to see this project completed? Will you donate to the Kickstarter? Let us know, and be sure to check back here at Godzilla-Movies.com for more news and updates on the project!

And as a bonus, please enjoy these concept renderings of the many Toho monsters to be reimagined for the film! 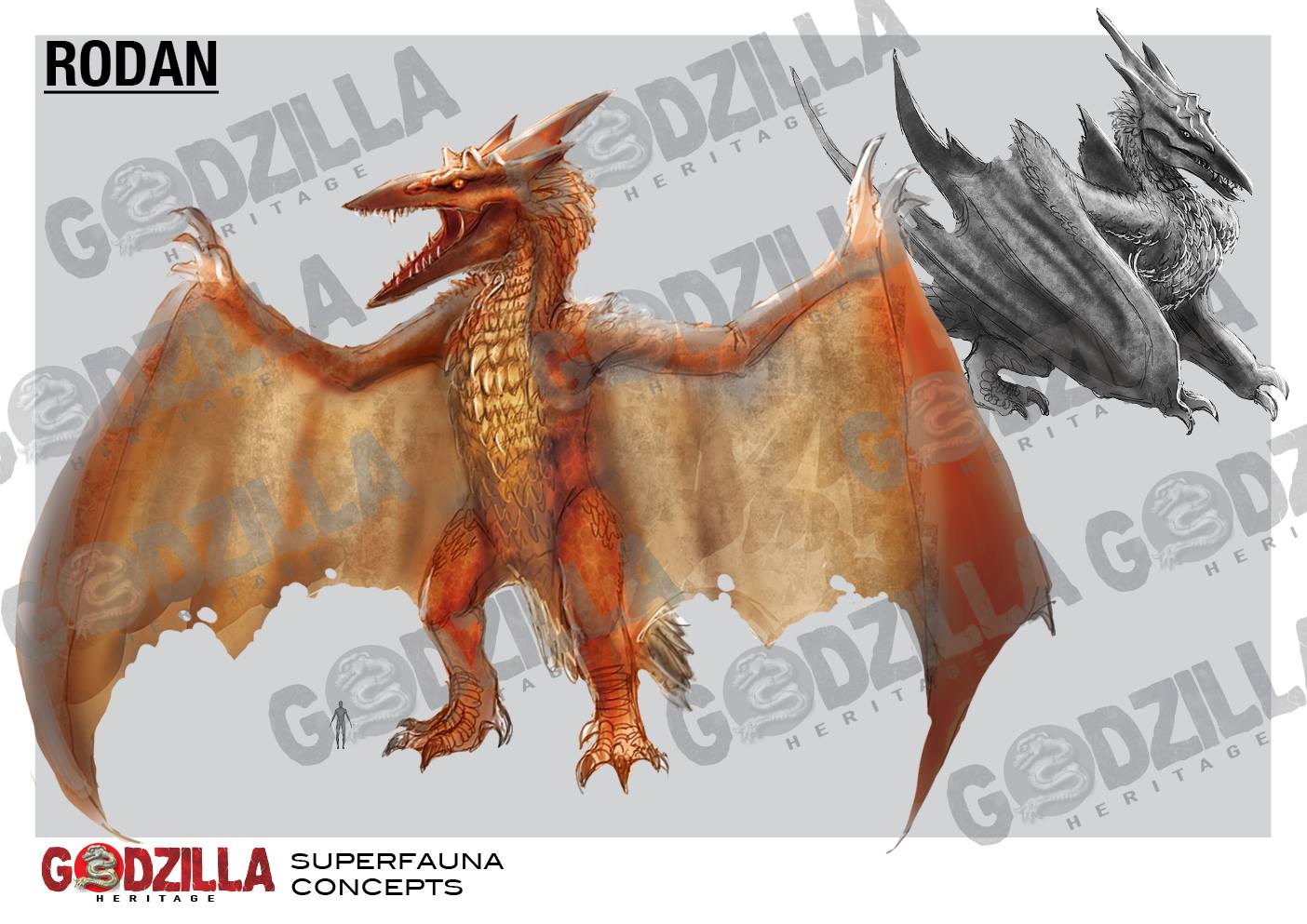 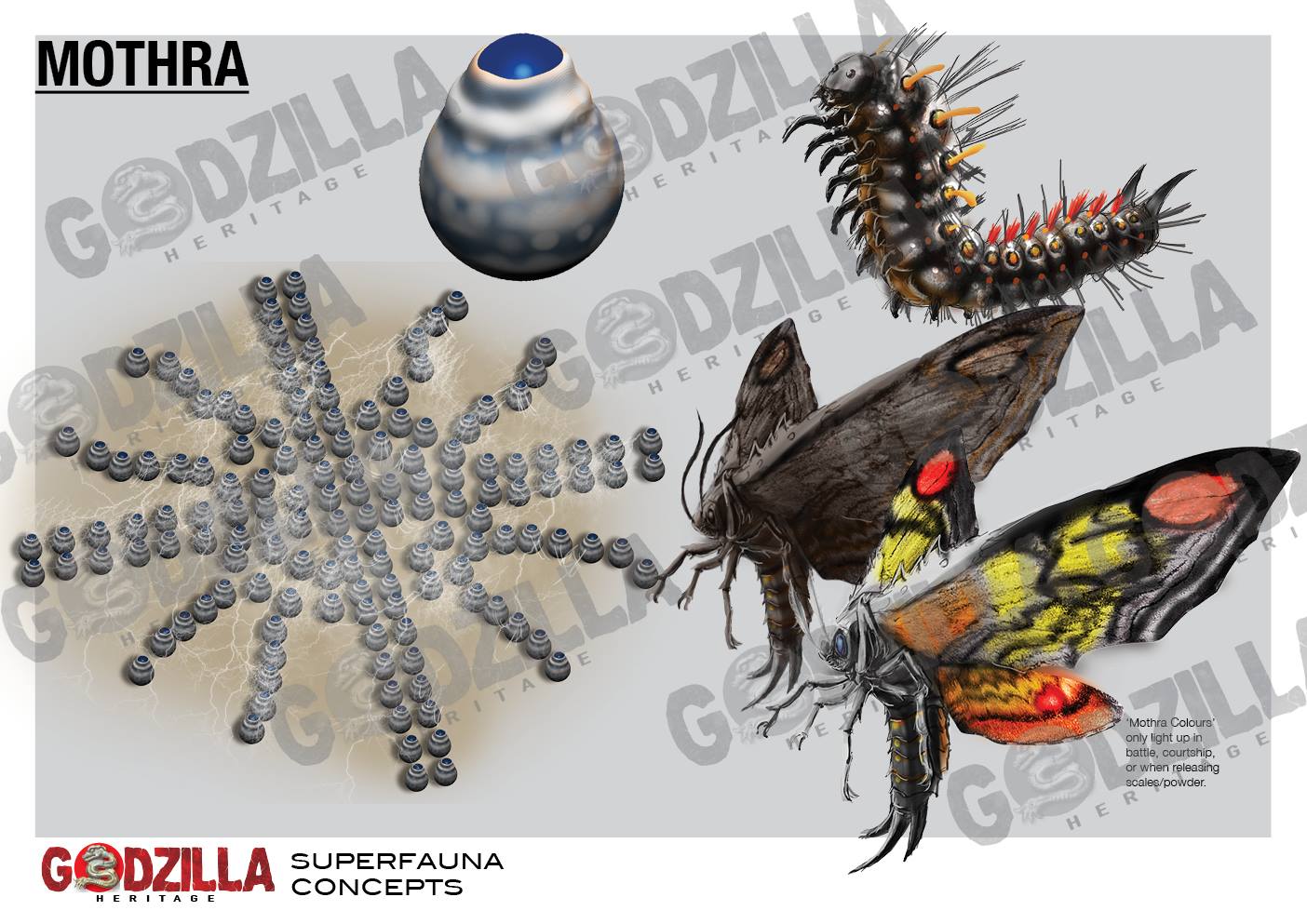 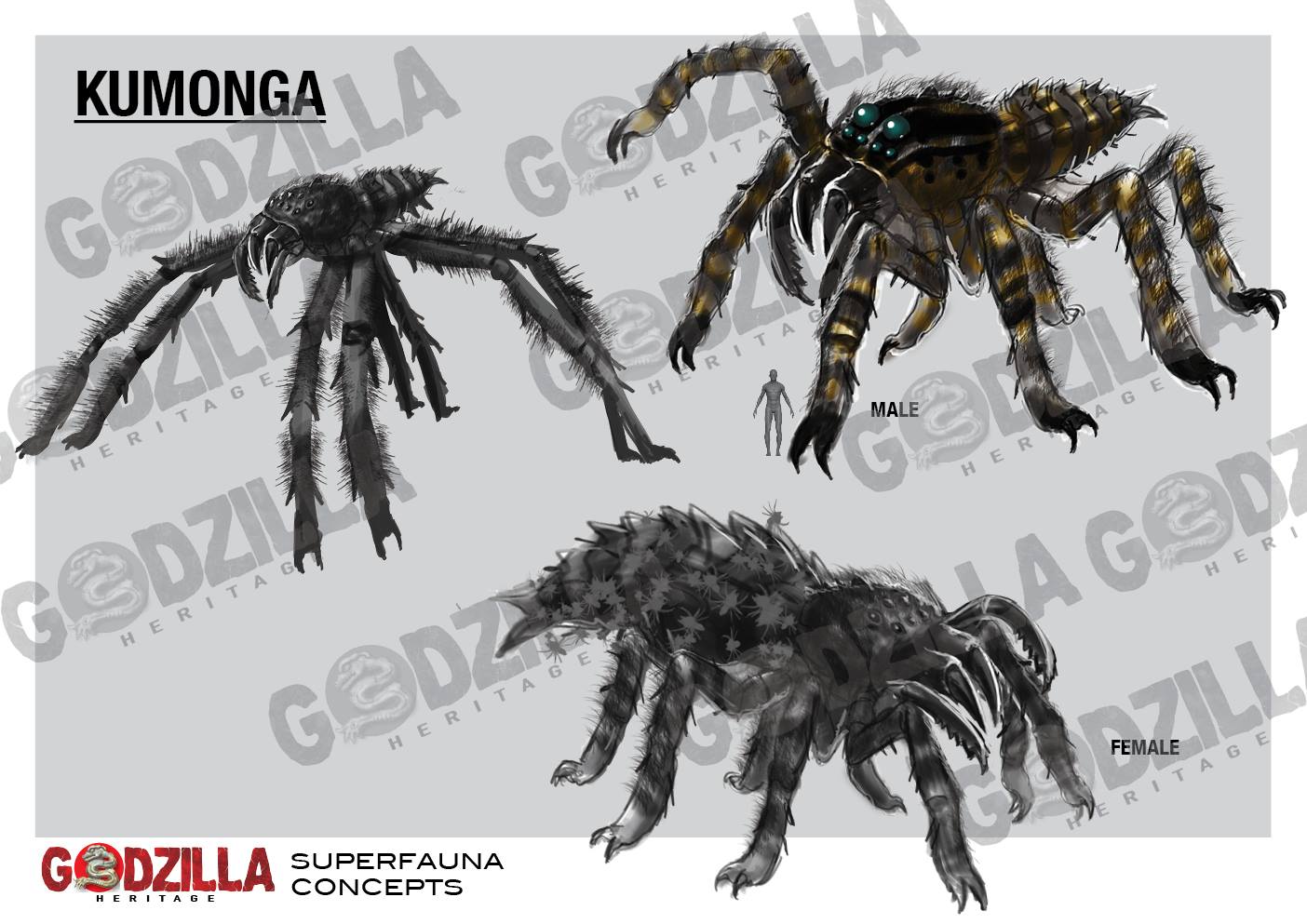 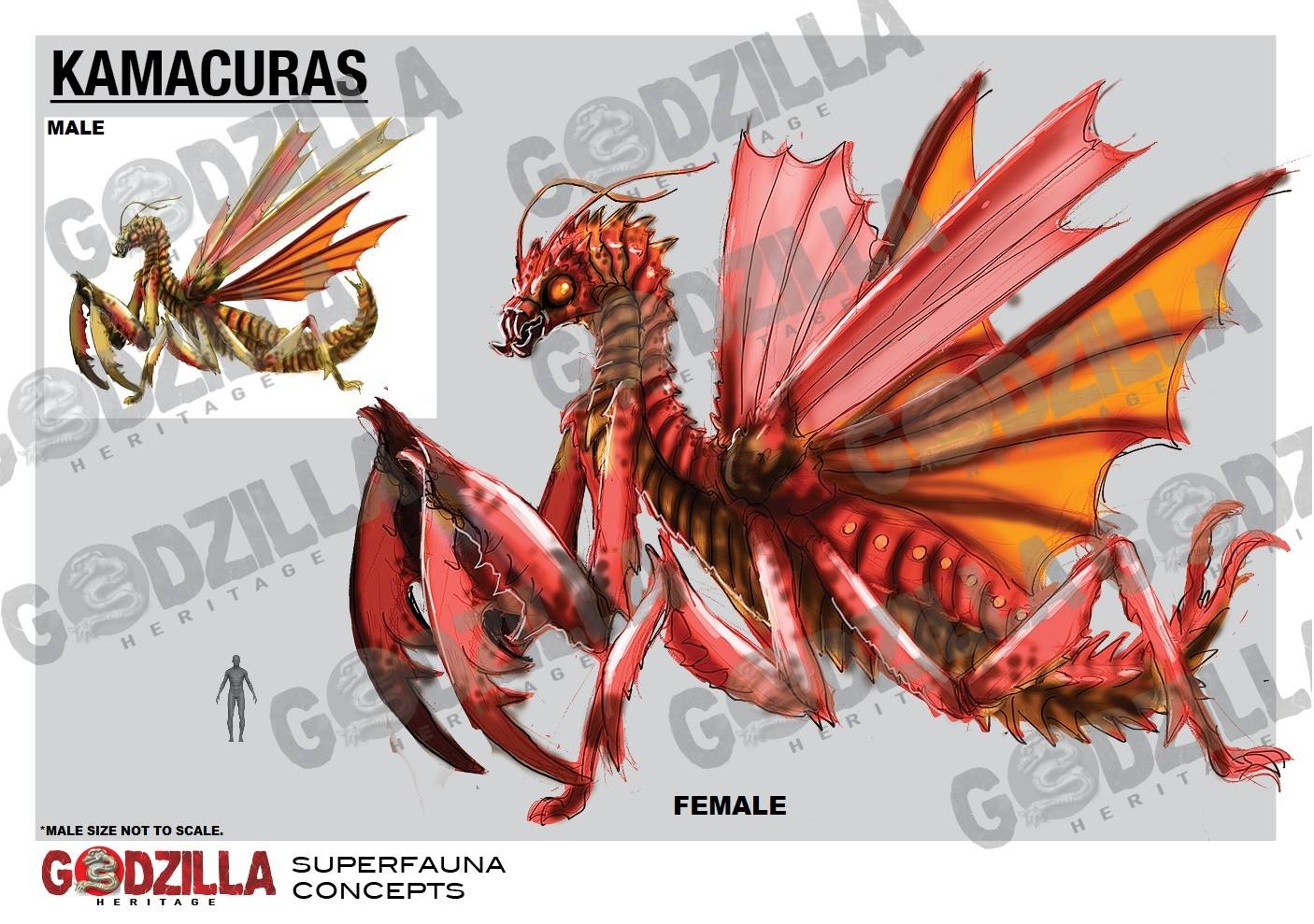 Images and info courtesy of Kickstarter, Facebook, and Toho Kingdom.

Everyone who's interested should make a donation or at least spread the word on this movie.

^Absolutely.  If more fans new about this movie, I know it would be getting funds faster.  I encourage everyone here to donate, even if its a little.  If you can't, then at least spread the word as far and wide as you can.  The more press this project gets, the better.

If I had the capital... I would fund this in a heartbeat.

I am so donating

The campaign ended today, and they didn't even each half of their goal.  The project may never see the light of day now. What a tragedy. I'm beyond dissapointed.

On the bright side, following the posting of this article a few weeks ago, the campaign recieved a boost in pledges, and the creators thanked me personally and Scified on their Facebook page.  I'm humbled that my article had such a positive effect, and I only wish it could have resulted in more donations.

Stay tuned to this page and Scified to keep up to date on the future of the project.

SarcasticGoji replied to Opinions on Godzilla vs. Kong and the monsterverse.

SarcasticGoji replied to Did anyone else notice this?

monsterzero9 replied to Opinions on Godzilla vs. Kong and the monsterverse.

sonictiger replied to Did anyone else notice this?

monsterzero9 replied to Did anyone else notice this?