I Just found out this morning (3/12/14) that S.H. Monsterarts has confirmed that there is going to be a Godzilla 2014 action figure coming out some time this summer. So far, no photo or confirmed date, just that there will be an action figure. Here is a link.

This is a great day for Godzilla fans everywhere.

(Update) Yes the site above is a fan site. That doesn't mean it isn't reliable. Take this site for example. This site was made by fans for the fans and has provided very good information about the movie. Don't judge a site by who it's made by. Thank you. SO MUCH YES!  I just got Godzilla 2000 from S.H. Monsterarts so now I'm even more hyped haha :D

I mean, there probably will be an SH monster arts figure....but that website is DEFINITELY NOT confirmation.

Unfortunately, that particular page looks like a fake to me. Here is S.H. Monster Arts' actual web-page. You'll notice they don't look similar at all, have a different url sructure, and aren't even in the same language.

I'm sure an SH Monsterarts American Godzilla will come out eventually, but I'll wait to see the revealed images of the figure (well, that and the NECA figure).

That website has been very reliable for me. Once something new is on that sight, other evidence pops up not long after. We may not get any new info until the Product Embargo on the Godzilla 2014 mechandise ends. And thank you for the actual web page for S.H. Monsterarts. For now there is confirmation, how true it is is to be determined, but I have found this site very reliable and we should all be excited. Also your reply sounded a bit harsh and mean. Soon there will be more evidence that S.H. Monsterarts is creating a Godzilla 2014 figure.

In the mean-time, enjoy this little tid-bit. It should make you feel happy and excited. And please don't yell at me. I don't take negative comments well. I'm sort of...insecure. I was bullied for liking Godzilla as a kid. If I find more evidence, I'll try to post it before some one else. Bye my fellow Godzilla fans. Long live the King of the Monsters. Long live Godzilla.

It was announced at Toy Fair guys 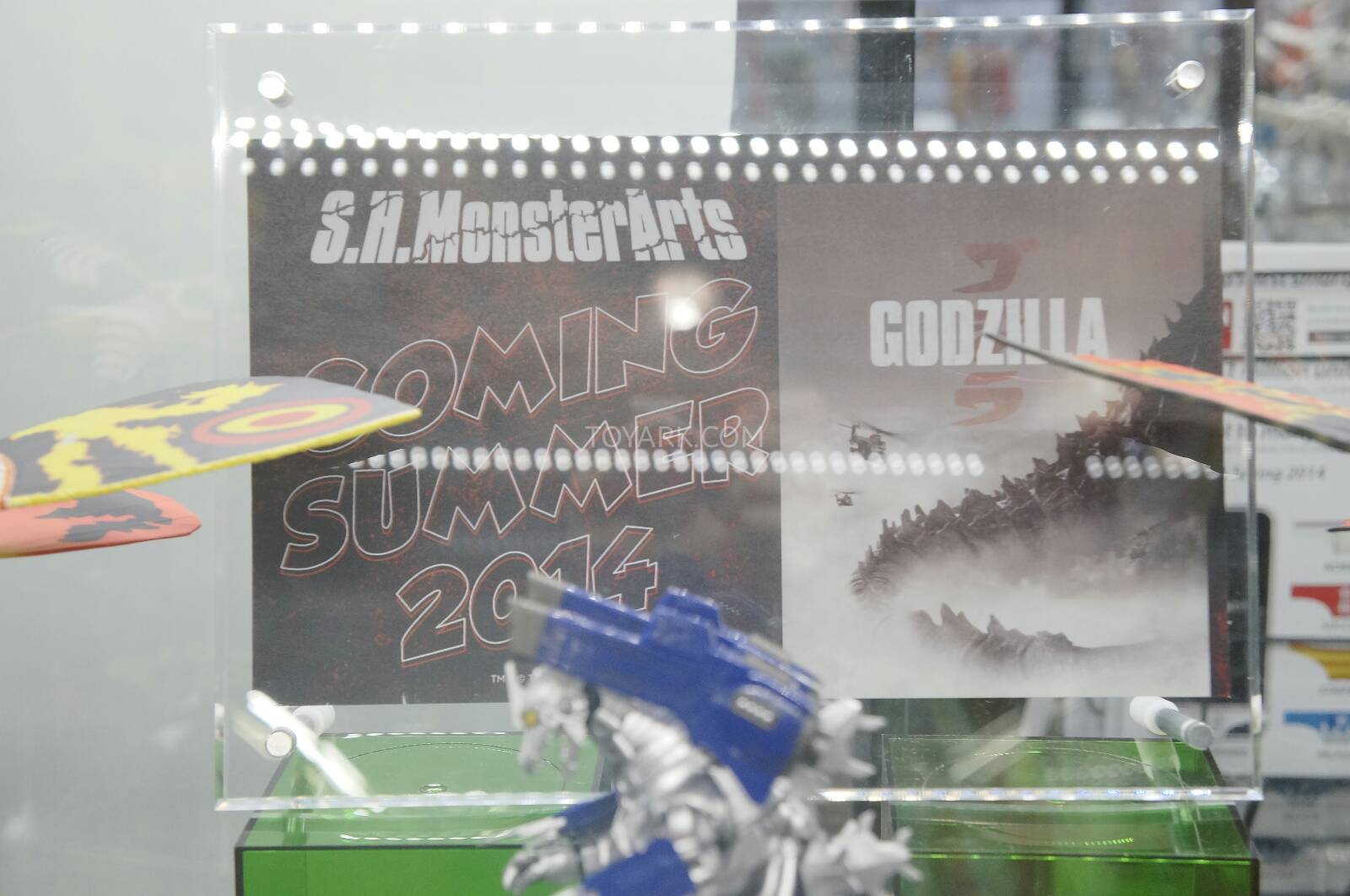 It was annoucned at Toy Fair. There is a piece of evidence. Thank you Goji.

Argh, this is where I have like little to no faith in my fellow fan. Why is Godzilla 54 at the top of the voting? Seriously? We have plenty of Good Godzilla 54 figures, its been done to death, and I'll say something that'll probably make people hate me... but its not even remotely the best Godzilla design.

Akagi, idk man, I like the 1954 design, much more than half of all the Godzilla designs, and sorry but I wouldve voted 1954 myself as well, cuz right when I saw it I looked right where to vote it but realized it was too late.

And dont worry I understand what u mean that we have plenty of Godzilla 1954 figures already, thats totally true, which means to me that I wouldnt even mind if they dont make a SH Monster Arts version, mostly because I dont buy them haha im not that rich.

I know that I'm late in response here, but for those who are wondering. This SHMA-Articulationseries.com is 100% legit. You could think of it as the Western source for SHMA material. Not only does it host the wonderful stop motion demos of these figures, the owner, (myself), works directly with Tamashii Nations and Bluefin Distribution. All the info on the site comes from the direct source.