So I was on the offical site for the new Godzilla Vs game coming out this summer. They updated the site. So I start looking around and I see glimpses of Mecha-King Ghidorah. They haven't truly revealed him yet, but he is in a few pictures.

here is a link to part of the site where you can see him:

Just look around the site. Again he hasn't been actually revealed but there are some glimpses of him. Trust me. I have never let my fellow Godzilla fans before.

Is this paired with Godzilla the game ps4?

Or is it a different copy?

^I have no idea. I'm pretty sure it is just for Godzilla Vs.

^ Godzilla Vs is an add-on to the PS4 version of Godzilla The Game.

^ Actually, Godzilla VS. is the PS4 version of the game.

I would'nt say hinted at I would say confirmed.

^That.  Its clearly in a picture, unobscured by buildings, mist, or another monster's body.  And its obveous, looking at its body proportions and detais, that it is scanned from the S.H.MonsterArts figure that was just released.

He was already revealed in Famitsu Magazine earlier this week. 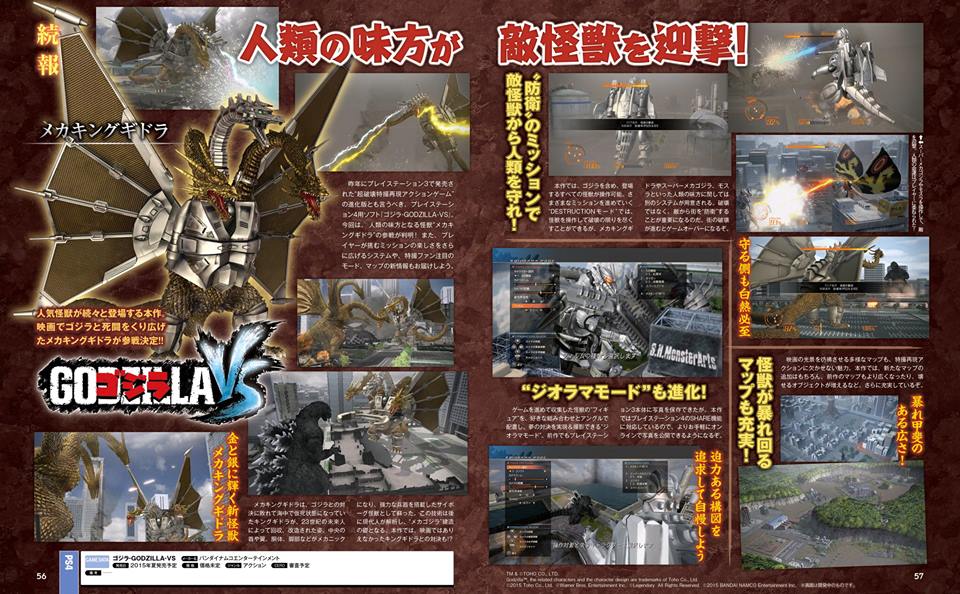 ^Yes, but no one had put a topic on it yet, so I felt that I should help spread the news.