Look what I found! (If someone else posted about this already, I'm sorry I didn't see the thread)

And as additional proof: 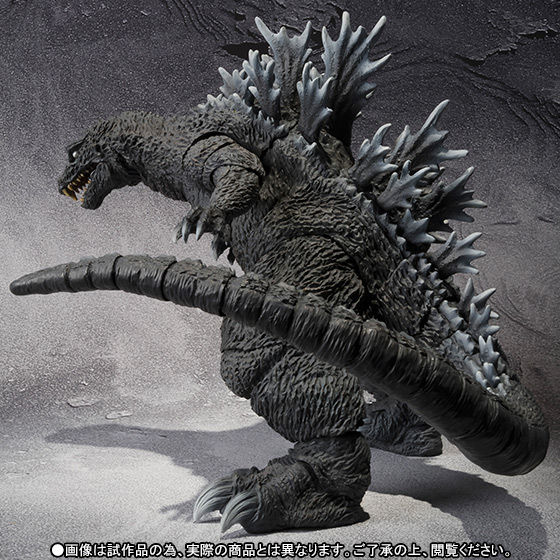 In order to void clutter in the forums, please post/discuss in our Official S.H.MonsterArts Thread.  You'll find all the info/images there!  Hope to see you there, this is one gorgous figure!!!!

So...I found it first? Yeah me! And again, sorry. I keep forgetting there is an official thread. And yes, this is gorgous. They perfectly captured GMK Godzilla. I need this figure.

This thing is only 8,856 yen which is around 74 or 75 dollars. That's pretty cheap S.H Monster Arts unless they've been decreasing the prices of these things and I didn’t notice it.

Well from what we've gathered so far it will be a barebones release hence the slightly lower price, as well as that it is an older design, not meant to cash in on a movie.

@godzilla200010, Well, it may depends upon the site you where look for; because when I preordered the Second Reissue of the Rebirth Godzilla it cost me around $50.

I reiterate, all this info is in our Official S.H.MonsterArts Thread. ;)