If you wanted to make your own Monsterverse Film, what would the Title be and what characters would you have in it?

My Idea is this

Anguirus vs Gorosaurus vs Titanosaurus: Battle of the Kaijusaurs 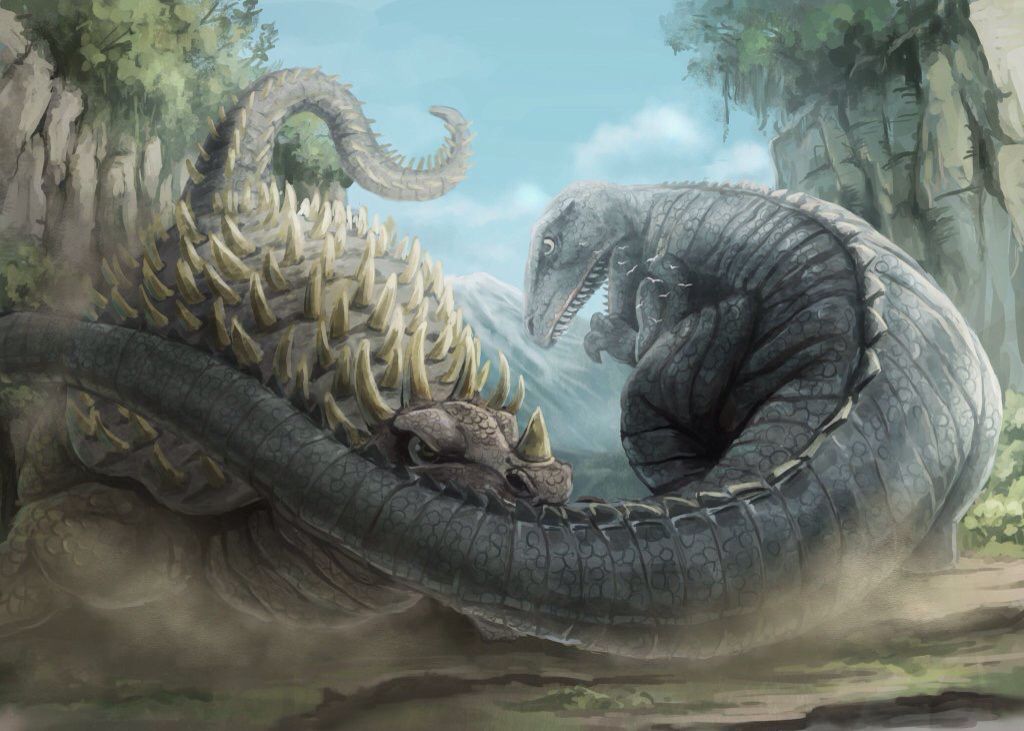 There is my idea, now its your turn to comment yours! :)

PICK YOUR TITAN
12 Responses to If you wanted to make your own Monsterverse Film, what would the Title be and what characters would you have in it?

Probably the unmade Godzilla X Varan, Baragon, and Anguirus movie. Or, something with my boi Gigan

I would have Godzilla die from his wounds from the battle in Boston, have a biazillion ther titans appear, jeagers be built, and a whole lotta crazy shit.

I would do destroy all monsters.

Have all the titans in the world fight each other for the alpha title.

It wouldn't be centered around a big kaiju battle, but about the discovery of Godzilla in the 50's, following the crew of Monarch and how they have to track and study Godzilla, with the military eventually attempting to kill him with the bomb used on the Bikini Atoll. Basically, it would be a movie on the stuff teased in the beginning credits of Godzilla 2014, and I guess it would be called "Project Monarch," or something along those lines.

I have a couple ideas. One of them involves a look at the whole Titan black market, following a group of low-tier bounty hunters trying to get their big score by obtaining samples of Godzilla's DNA.

I’d like something along the lines of Shin Godzilla except about the American government, satirizing how much of a mess it’s in right now.

Titan of Water For the love of everything, no. I watch these movies to get away from the mess that is the United States, if only for an hour or two; don't drag me kicking and screaming back into it.

Jurassic Kaiju Sorry, I forget that I’m one of the few people who like talking about politics...

JurassicKaiju14,
Almost all of these movies are politically charged. King of the Monsters included.

G. H. (Gman) The environmental stuff I can handle. It's just that in general I'm sick to death of American politics. I've long stopped trying to keep track of who hates who and who did this and that and who's collaborating with Russia and who's doing what in Ukraine and the impeachment thing and what does some Barbie hashtag have to do with a member of the Trump family and...I've just run myself ragged trying to keep on top of it all.

But that's my problem.

JurassicKaiju14,
I think you're comparing more literal happenings with what these movies are capable of though. For example, Mothra vs. Godzilla was about unchecked capitalism. At the time Japan was being absorbed by American sentiments of capitalism and it was transforming their way of life. No politicians or specific events are mentioned outright. Just the concept and the warning.

Godzilla vs. King Ghidorah has similar themes of unchecked capitalism, though mixed with a sense of nationalism. During the 70s and 80s Japan's economy was booming and prominent. But vs. King Ghidorah warns of a country growing so powerful that the top finally bursts above them. Ironically, the film's warnings had merit since the Japanese economic bubble burst while the film was being made. Japan's economic rise of the 70s and 80s isn't mentioned in the film, it's just accepted. The incoming economic issues aren't mentioned either, but the Futarians stood in for it.

Shin Godzilla was about the issues with Japanese defense policies and their reaction time in regard to national emergencies. While it's clearly aping the Fukushima Disaster and Prime Minister Abe's call for a stronger, prouder Japan, no events or names are mentioned. It's the general concept that's being explored.

These themes and socio-issues are what keep the movies relevant and important. I think a Godzilla film tackling America's socio-political climate is a great idea and right in line with some of the most complex and interesting themes in the series.

A new star monster in case Toho wants Godzilla back or a new Godzilla movie were its not a simple remake of a previous Godzilla movie. I hear alot people want a Hollywood rendition of Destroy All Monsters but I want something a bit different.