Would you like to see Megumi Odaka (Miki Saegusa) again in a new Godzilla movie? Mothra LarvaeMember0 XPJul-31-2013 6:16 PMI'd love to see her come back. She's married now from what news of her has been said. Megumi Ujigan is her name now. She did once say she'd like to return in a Godzilla film if asked to play Miki again.

Mothra LarvaeMember0 XPJul-31-2013 8:34 PMI heard she retired because of an illness, but apparently she's better now. It could be possible that we might see her again.

Mothra LarvaeMember0 XPAug-01-2013 2:53 PMAs long as they don't go back to the whole Baby Godzilla cutesy crap I'm fine with it.

If TOHO finally makes another Godzilla movie then Megumi Odaka Should probably be in it as Miki Saegusa because she's the only person that seems to like Godzilla And Godzilla Junior.

She seems to have retired from acting, so I doubt she'll re-appear in anything again. And certainly don't think she will ever reprise the role of Miki since that character was exclusive to the Heisei movies. I doubt Toho will ever continue the Heisei timeline.

Miki Saegusa and Godzilla and Baby Godzilla in the next toho Godzilla movie.

The next Godzilla movie that TOHO makes should definately have main characters like Miki Saegusa that actually like Godzilla and it should have interesting villains like the Evolution Biologist [Okubo].

Loved her acting in the later heisei films but like gman said she has been rumored to have retired. :/ 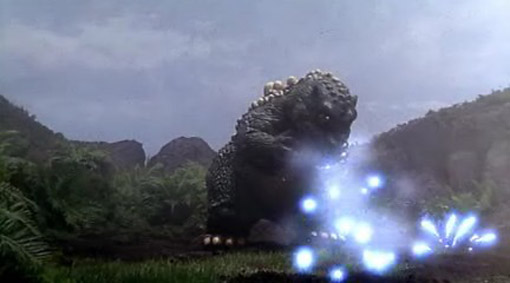 She didn't play in enough Godzilla movies? She was in six. I think she holds the record for playing the same character the most times in the Godzilla series.

This brings to mind something. I was reviewing some stuff from G-Fest last year and her one-time co-star Robert Scott Field (M-11 from Godzilla vs. King Ghidorah) said she had been taking time away from acting due to a bad illness she's had for a long time. But she's recently said that she's been feeling a lot better and that she's interested in getting back into acting.

Hope she's feeling goood. I'd love to see her at least cameo in a future Godzilla adventure.

^As would I.  I remember hearing a while back (don't remember fom where) that she actually said she would someday like to appear as Miki again in a future Godzilla movie!  Lets hope she is still interested!  Even if its a different character, seeing her in a new film would be wonderful.  She was always one of my favorites! :)

she played a great roll as miki saegusa

Since the Heisei 'universe' ended with Godzilla vs. Destoroyah, her coming back as Miki wouldn't really work. But as a kind of in joke, it might be nice to see her in a cameo role making a reference to pyshics or the paranormal: "What do think I am, psychic?"

it was her birthday a few days ago