Something you all should know: Akira Takarada will be in the movie.

I'm sure you all know Akira Takarada (Ogata from the original Gojira). 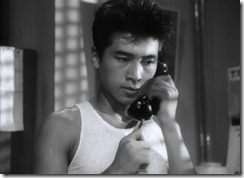 He has also appeared in numerous other Godzilla movies including Final Wars, in which he played the Seceratary General

Anyway, according to this article, he will also be making an appearance in Godzilla (2014). This was also stated on Rotten Tomatoes, but i think it was later removed.

Isn't that great news!? An original star of Gojira will be in the new movie! Tell me what you guys think

*Title edited for clarity by Svanya

PICK YOUR TITAN
10 Responses to Something you all should know: Akira Takarada will be in the movie.

I am pretty sure I heard this awhile back. Maybe I was mistaken, but I thought someone from the original series was going to be in the new movie.

yeah i speak on everyone elses behalf this is old new to alot of us but thank you for sharing anyway :) plus it seems that no one here really knows what akira takarada's role is in this godzilla film.

Yeah this information has been out there since they started shooting last year. But it is great that Takarada's part of this movie. He's now been in Godzilla's 10th, 50th and 60th anniversary films. It's very appropriate he's making an appearance here. Couldn't be more stoked about it.

Probably odd, and has nothing to do with the old news, but I wish George Takei was making a cameo. He did several voice overs for the early english dubs of Godzilla films. Hell, there are actually tons of people I'd like to see pop up in this. For me his most memorable part was in godzilla vs the sea monster. He had a great role playing a thief who had an easy time picking locks. He was so badass in that movie.

Another thing: wasnt't the japanese guy saying gojira on the videotape in godzilla 98 in godzilla GMK? He looked quite familiar.

Totally agree with you, Erwingfan,

Although, it's not his most memorable role, I think he did one hell of a job as Yoshimura Godzilla vs. the Sea Monster. It really showed how much depth he had as an actor-- it was really different from the other roles he took in the series. I think that's a very underrated role by the fandom at large.

And I just spent some time looking over the names of cast members from GINO. None of them appeared in GMK.

You said it, akira takaradi performed realy well in that movie. Although somewhat overlooked.

@THE DESTROYER OF WORLDS

Akira Takarada will most likely play his character from GOJIRA 54 called: Hideto Ogata.

Only much older. Perhaps in a small cameo. An appearance from Akihiko Hirata would also be awesome!!

too bad he's dead like most of the Gojira cast

Yup, Hirata died in 1984, just months before The Return of Godzilla. His last Godzilla movie was Terror of MechaGodzilla. He only made two more films after that.