Anything recent from Tull or Edwards re: Godzilla's reception?

Just curious; I have looked for but haven't been able to find any recent comments from Thomas Tull or Gareth Edwards regarding Godzilla's performance and reception up to this point. I know Edwards probably has a fairly full plate promoting the movie and gearing up for the SW spinoff. I'm interested to see their take on peoples' and media opinions, both good and bad. With all media there's obviously no shortage of coverage out there, so you know they're aware of what people thought.

Has anyone seen anything?

PICK YOUR TITAN
5 Responses to Anything recent from Tull or Edwards re: Godzilla's reception?

Now that I think of it, I haven't heard anything from either of them since a few days before the movie came out. I think they are intentionally doing this, to avoid being held responsible for some of the film's downsides. 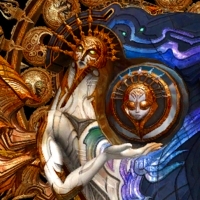 I dunno, but I think its a case of promising too much and landing themselves into a sticky situation? E.g. announcing 2 sequels simply based on an explosive opening in the first weekend.

From my view, I think Godzilla 2014 opened huge only to fizzle out like the 98 version did, but just that it did worse this time despite a much bigger marketing presence aided by a huge social media boost.

I think idealogically and artistically from a fan's point of view, Godzilla 2014 fared much better than 98. But to the mainstream audience, Gareth Edwards took a fictional character like Godzilla too seriously that the 'fun' factor of this movie was completely obliberated. Never mind that the movie was different from what was marketed, but it wasn't enjoyable to watch and they cringed whenever the key scenes that could have been decked out in full glory were constantly interrupted by the human-action when 3/4 of the movie was already centred on them.

And as Ive mentioned, the studios did mention that work on the sequel depends much on China's reception of the movie, since they are one of the largest consumer markets.

But like what's happened in the case of Godzilla opening big in the first weekend worldwide only to lose steam after the 2nd, it appears to be reflected in the Chinese market too.

Godzilla currently stands at $78 million in China despite a huge opening-day of $38 million. So if a Godzilla reboot fails to even beat the $114 million earned by an unknown Pacific Rim, then I worry for the sequel's prospects.

^The "depending on China" reception was taken out of context by a news outlet. Edward's actual words were, We'll see how it goes. Obviously, like, we want the film to be a hit in China, and if it is, we might get to make another one so I'm gonna cross my fingers and wait and see what happens."

Which is pretty much what he's said here. It's just the media making something out of nothing. Godzilla is pretty much done in China. Movies typically only stay in theaters for four weeks at best and Transformers obliterated the competition. It might have been a different story had Transformers not been released. Pacific Rim had no competition after it was released. Godzilla clearly does-- Transformers was always going to be the juggernaut in China, especially considering how much of the movie was purposfully designed to sell Chinese audiences. (The setting, the Chinese characters, the Chinese warrior transformer.)

@Destroyah X-Wrong on both accounts, GINO 98 had one of, if not THE biggest advertising campaign ever for a movie, it literally lasted over a whole year with its marketing campaign as opposed to this movie's, which didn't start until October or November, and it was all over the place. You don't recall ever seeing G14 marketing on billboards, buses, and whatnot everywhere, do you? I thought not.

Also, like I said earlier, it has user and critic scores of over 70% on all major movie "rate & review" sites this means the majority of audiences and critics enjoyed it and yes, these online scores are a reflection of what people thought of the movie, this applies for all movies, not just this one movie.