You suddenly won in a contest....what you thought was a priceless egg about the size of a kitchen chair...Now you bring it home and place it as the center piece to your home...Then one day you come home from work and find eggshells scattered everywher...you look around and see: 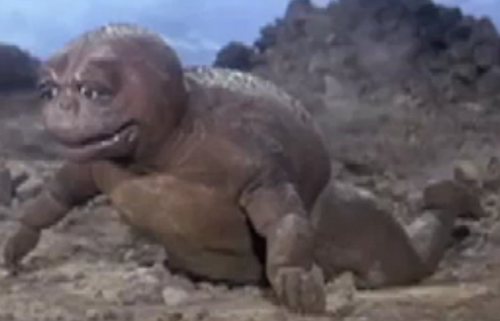 He looks at you and coos happily branding you his father......What do you do??

PICK YOUR TITAN
13 Responses to What do you do??

KILL IT WITH FIRE!!!

^ LoL. I would train him to follow my commands and be a guard creature, like what I would do with a German Sheperd. Also I would need to live far away from anybody...

I'd sing that wierd vocal call and feed him over-dized grapefruit.

I would raise him like a son, and harness his power and fight in a futuristic alien war.

Douse it in Holy water and beseach it to return from the Hellish realm from wence it came.

If I came home and saw that I'd probably never do drugs of any kind again.

Really don't understand why everyone is so quick to kill a child in need. :(

I would raise him like i am my own son right now, and when he gets bigger......dominate the world haha!

I would faint. But I agree, with Ben, I would grow him and use him to take over the world. That or demand money from the people of Earth for not using Godzilla to destroy cities.

I wonder how long it'd take the little guy to grow into a full adult Godzilla..........

BBB and 2K, maybe we can all work together with... THREE GODZILLAS!!!