I first experienced the monster in the game GDAMM, glad so because in the movie seeing him jumping around laughably, is just too hard to take seriously.

In the games he was beautifully modernized and made him really bad ass looking, and was the top 2nd monster I thought that looked scary the most that being underneath Gigan.

never would I thought he would become my fav villain If I seen all the monsters in the movies it would have probably been destroyah or King Ghidorah.

but I first seen them all in the games and Megalon has become my all time favorite villain of all.

PICK YOUR TITAN
11 Responses to How do you like the monster Megalon? 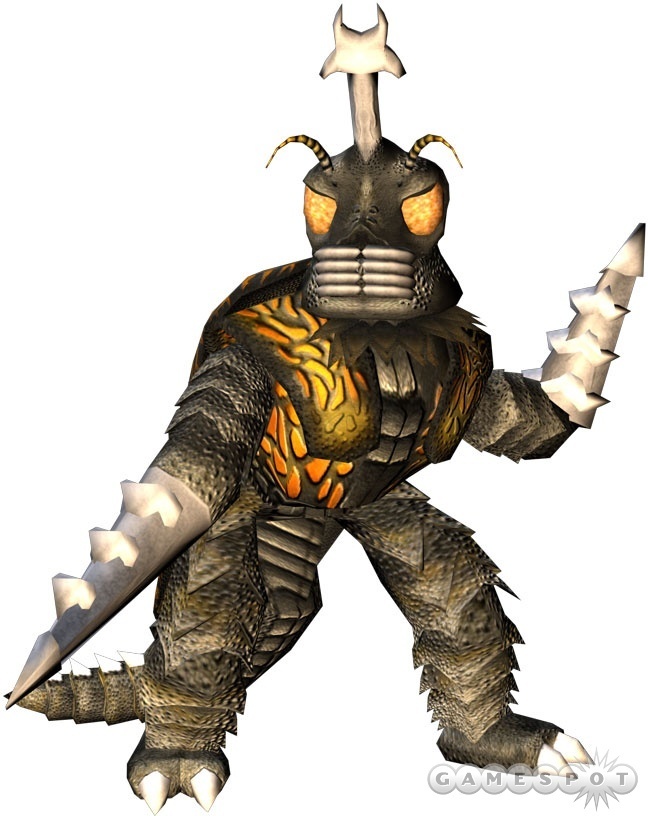 he is one of my least favourite along with showa gigan, its just so silly, even in DAMM he jumps like a lunatic

I've always enjoyed Megalon in concept. His backstory is fairly interesting. But due to the movie he's in I wouldn't call him one of my favorites. It's not that Megalon jumping around and being goofy bothers me, it's simply that I found him to be an uninspiring creature when I first saw him. My opinion has softened since then, but there's something about him that screams "made-for-TV kaiju". It's most likely the execution of the suit more than anything else. I'm sure the fact a giant superhero-esque character (Jet Jaguar) being in the same film doesn't help my perception either.

he was actually one of the first monsters i played as in save the earth because i had no idea who he was and i thought he was awesome. i saw the movie and he was ok in that i guess. id like to see him being brought into the legendary movies with a design close to:

I actually really like Megalon because of his personality the fact he's tempermental and goofy is a nice change of pace between most evil monsters who don't really do anything but destroy things.

His design is so-so. It looks better in games Design and powers are awesome. The only downside is that his noise annoyed the crap out of me in the video game

I see you are also a digimon fan.

Back to the topic, megalon is ok i guess. He is at the bottom of the list though for me.

I grew out of it as i got older but i absolutely loved the first season. They do have the dvds on amazon and ebay if you are looking for them. :)

One of my favourite kaiju no doubt. Those drills are the best.