So, I'm going to share some Godzilla facts you may or may not know- 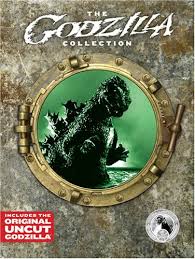 Look carefully at the hands.

2. Godzilla was originally planned to be an octopus.

3. Toho had the option to make Gojira in color, but they decided that the film would be more serious and it would add a grim feeling to Godzilla's night attacks if the film was in black and white.

4. The original Godzilla films displayed the kaiju fighting like animals, but this was later scrapped for wrestling-style battles in the late Showa era. However, animal battling was brought back later.

5. Gigan's name refers to him having one eye, not his size.

6. Rodan's Japanese name is Radon, the name for radation on the Periodic Table. (don)

7. King Ghidorah was originally supposed to be purple with rainbow wings.

PICK YOUR TITAN
21 Responses to Some Random Godzilla Facts

never noticed the hands, don't recall it being in the movie

Hmm, the hands seem like a possiblity. It's always hard for me to get a good look at the original suit, just because of the colouring.

Ghidorah was also green at one point, before Tsuburaya ordered a test of the gold to see how it would photograph, and he liked the lighting and overall results better with gold!

The webbed hand's make sense, even G14 has them. Its also realistic it would help Gojira with underwater hunting; swimming, and overall defense.

2. I don't know if "planned" is the correct wording. Tsuburaya always wanted to film an octopus attacking a boat. When Tanaka was given the okay to do Godzilla (called "Project G," for giant, at the time) Tsuburaya also submitted his own pitch which was about a giant octopus attacking boats. The first story outline was written in May/June of 1954 and it gave Godzilla no description. Outside of Tsuburaya's own pitch there was no real intention of making Godzilla an octopus.

3. I don't recall ever hearing this. Seeing as it was already the most expensive movie for its time (in Japan) I think Toho wanted to cut down on costs and shoot in B&W. However that's mostly hearsay. I'll research further.

4. If we're talking about the transition from Godzilla Raids Again to King Kong vs. Godzilla... then yes.

5. Sorta. Gigan or Gaigan is a play on a Japanese word for "artificial eye".

6. True. Radon is a radioactive chemical gas. Rn on the periodic table.

6. I've never heard that one. The fact I've always heard was Radon was simply taken from the actual name of the flying reptiles Pteranodon.

I can't attest to him having webbing between all his fingers, but I'm pretty positive he has it between his thumb and forefinger of each hand. I have two model kits and an old X-Plus polystone statue (very cool, btw), that each feature webbing between the thumb and forefinger. Hard to find a good still from the movie, but when I have a chance, or if someone else does, check out the DVD/Blu-Ray to either confirm or deny, but I think I had noticed it in the movie.

BTW, I thought he had the webbing long before G 2014 came out.

"King Ghidorah was originally supposed to be purple with rainbow wings."

Someone, please, draw this masterpiece of an image. XD

The rainbow wings made it into the official poster and some other publicity stills before it was changed: As for Godzilla's webbed hands, at best it's an imperfection in the suit building. There's nothing to suggest Godzilla had webbed hands from much of the production art and pre-production: 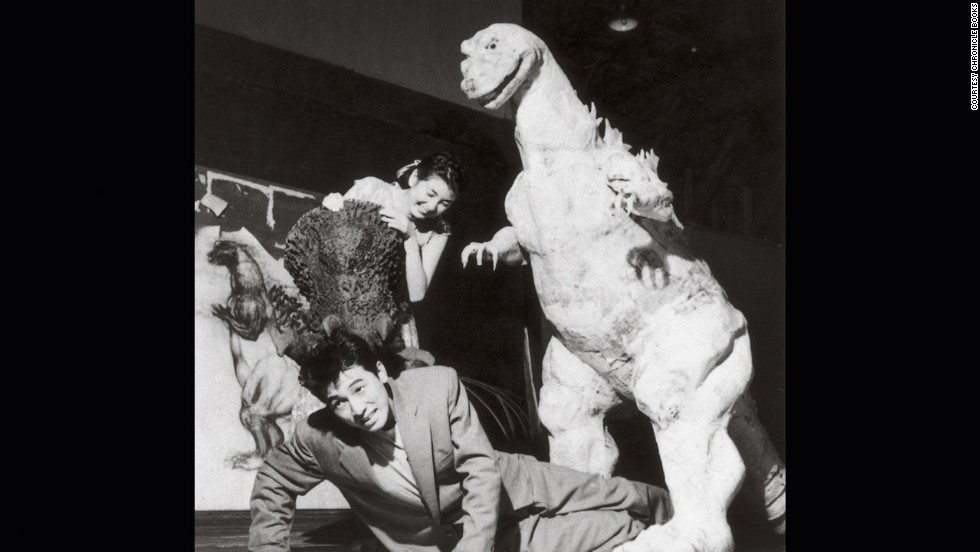 Photoshop, to the rescue!!

Just popped in the Criterion Blu-Ray. Very hard to tell conclusively. We predominantly see him at night, it's an old movie, and it's b&w, so some nuances are hard to make out. There are scenes where it looks like he does have the webbing and some where he doesn't. Can't remember if they used more than one suit in the original, but even casual observers of the films (of which there are none in these forums) can catch inconsistencies between suits, puppets, maquettes and animatronics they used for close-ups or long shots.

These are actually pretty interesting! Also I must post this: Man I love it when the only two images to show up on this school computer are these two.

I guess it just can't handle the power of rainbow ghidorah!

Just edited the first fact. I remember hearing #3 somewhere, but I forgot where. Thanks for the picture GMan! :) I was looking for it but couldn't find it.

Wow, that Rainbow Heisei Ghidorah is an assult on the eyes!  He looks more like he belongs in a My Little Pony episode... XD

He'd also make a great float in a Gay Pride parade... not that there's anything wrong with that. (Seinfeld reference for the win!)

Ghidorah... purple.... WITH RAINBOW WINGS.... TAKE MY MONEY (in other words I'd love to see a purple ghidorah with rainbow wings)

I would like to apologize to everyone in advance for this.