Although many details about Godzilla Resurgence is being kept under lock & key, (despite some desperate fans' attempt to claim they've seen the leaked script recently) the Godzilla brand keeps cranking out merchandise in celebration of the Monster King's next film. One such piece being released is the highly anticipated, The Art of Shin-Godzilla. A sneak peek of the book reveals Shin-Godzilla concept art by Mahiro Maeda--It features a slightly more traditional variation of the new Godzilla. (Naturally, this has spurred more speculation about Godzilla having “different forms” in the movie.) 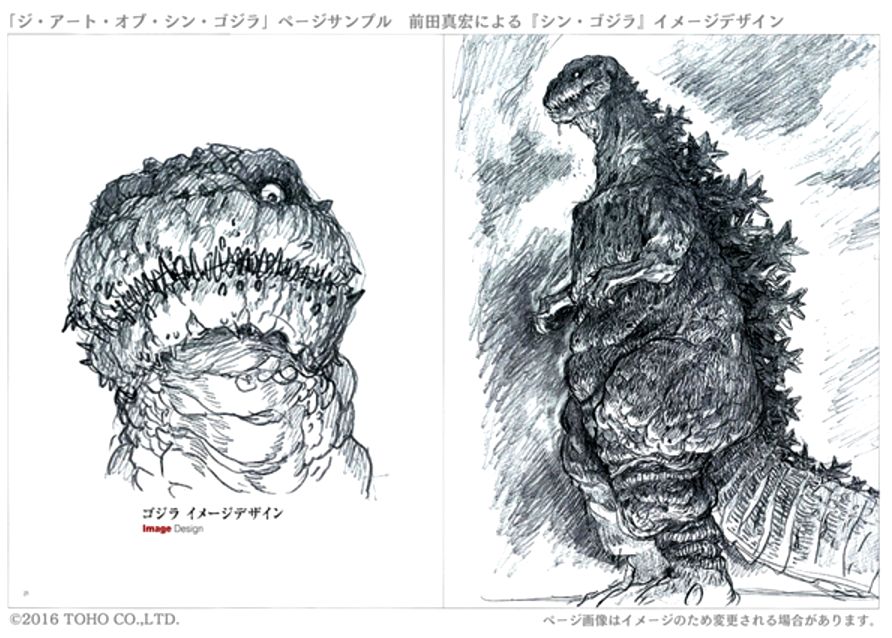 Priced at $92.00 USD, The Art of Shin-Godzilla will include concept designs, the complete script, interviews, storyboards, leaflets, photos of sets, miniatures and the creation of Toho's CG Godzilla! The book (in Japanese) will be available August 10th and can be pre-ordered on Amazon Japan. 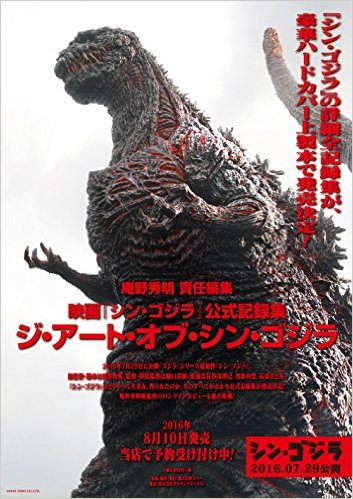 Additionally, special effects/co-director, Shinji Higuchi, and executive producer Akihiro Yamauchi, attended the 2016 Tokyo Toy Fair for the unveiling of S.H. Monsterarts' Shin Godzilla. There, Higuchi announced that they were still working on completing the film. “It's still being made,” said Higuchi, while acknowledging the film's deadline is coming up.

Cinema Today mentions that the film has had some production issues. Indeed, rumors have swirled that the leaked Godzilla puppet failed effects tests, hence why they opted for CG. Other rumors suggest Toho has asked for re-shoots regarding the dramatic scenes. 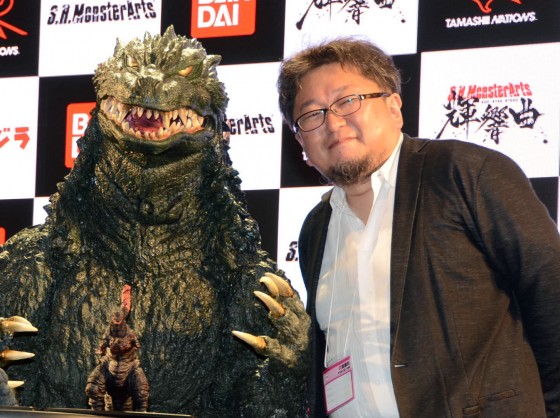 If there's any truth regarding these rumors, it seems that Higuchi has embraced the challenge of completing the film despite production troubles. “We have a lot of people working very hard to make something good until the very end,” he announced.

What do you think of the Shin-Godzilla concept art? Are you interested in picking The Art of Shin-Godzilla? Is Higuchi racing to the finish line with Godzilla Resurgence? Despite the longer-than-usual production schedule for the film, do you think this will affect the quality? Let us know in the comments below.

I'm still pretty damn sure they used practical effects in this new film.

Some shots look waaaayyy too damn good to be CGI. Even the best CGI out there like Jurassic Park or Gollum from LotR still has that feel of CGI; that it's quite not moving according to the laws of physics. A ton of shots in the Resurgence trailer lacked this.

It's either they used practicals and enhanced it with CGI, or Toho has literally produced some of the best pure CGI ever put to screen in cinema history, which, coming from a Godzilla film budget, I kinda doubt.

But hey, looking forward to the film nonetheless. :)

That the film is still being worked on is encouraging to me. Shin Gojira is in good, competent, loving hands. As for the Art of Shin-Godzilla, in spite of the cost, it seems more than worth it to me. This is a landmark Godzilla film, helmed by talented, gifted artists and craftsmen. For these and other reasons, this book would be a great addition to any fan's library. So, God willing, I hope to buy it. The only thing now is to see about having parts of the Japanese text translated, especially for the script and the interviews. I've never done this with other books purchased that were published by Shogakukan and Mook, etc. I wonder if it's costly? I really want to know about how this design was arrived at and conceived.

Thanks for the article.

Thanks for the update, Gman.

I, for one have been worried about this movie for a while, and I’m even moreso now.

It comes out in 7 weeks and there’s been very little publicity for it. Scary little. I’m sure there’s more of a presence in Japan, but let’s be honest, if there was a full-blown trailer out there, we would have seen it, or at least heard about it. Wouldn’t you want to get people excited to see your movie? Sure, Godzilla fans know about it, but that’s not who you’re marketing to. You want the general movie-going audience to want to see your movie.

I’m really hoping I’m wrong and they can pull this together.

I haven’t even weighed in yet on this Gareth Edwards debacle, but I will at some point.

If the the FX are updated, will we get another trailer?

Excited to see how this comes to fruition c:

The majority of the film, Godzilla is CGI. It is Toho's first ever full CGI Godzilla. They did use practical effects with miniature sets. They took the model from the exhibit and scanned it in to use the CGI.

I don't see a reason to be worried. Toho as we all know, made this movie for the Godzilla fan base. It'll be towards the general audience in Japan. But, the rest of the world may not get that because, China and another country, I forget which one, are only getting a limited run in select theaters. Perhaps a more general audience trailer will be released, but I've never seen toho put out more than one trailer.

As for the book, I'm ordering one. It'll be a great collectors item with my Godzilla collection.

I think Koldwardkid is right to be a little concerned.

Seems they're racing to the finish line for this one and we may end up getting some unfinished or cut shots because of it.

That being said, Biollante raced to the finish line as well, and many Hollywood films go through the exact same "down-to-the-wire" process every year.

The sky isn't falling, but I do hope the crew is resourceful enough to get done what absolutely needs to be done and finish a decent film.

We all want the best for this film. Especially since it is Toho's first Godzilla film in 12 years.

For some reason, the news about the state of the film's production doesn't really faze me. I'm imagining the production crew working-as we speak-some very long hours, being very meticulous and methodical in their approach. I think Shin Gojira is going to be just fine, and that it's going to show. I hope the crew has nice, comfortable spots to sleep in at the studio.