UPDATE: This has been confirmed to be fan-made.

Bear in mind, this is unconfirmed and could potentially be fake. It's in Japanese, so if anyone can accurately translate and verify the validity of this source, it'd be appreciated. 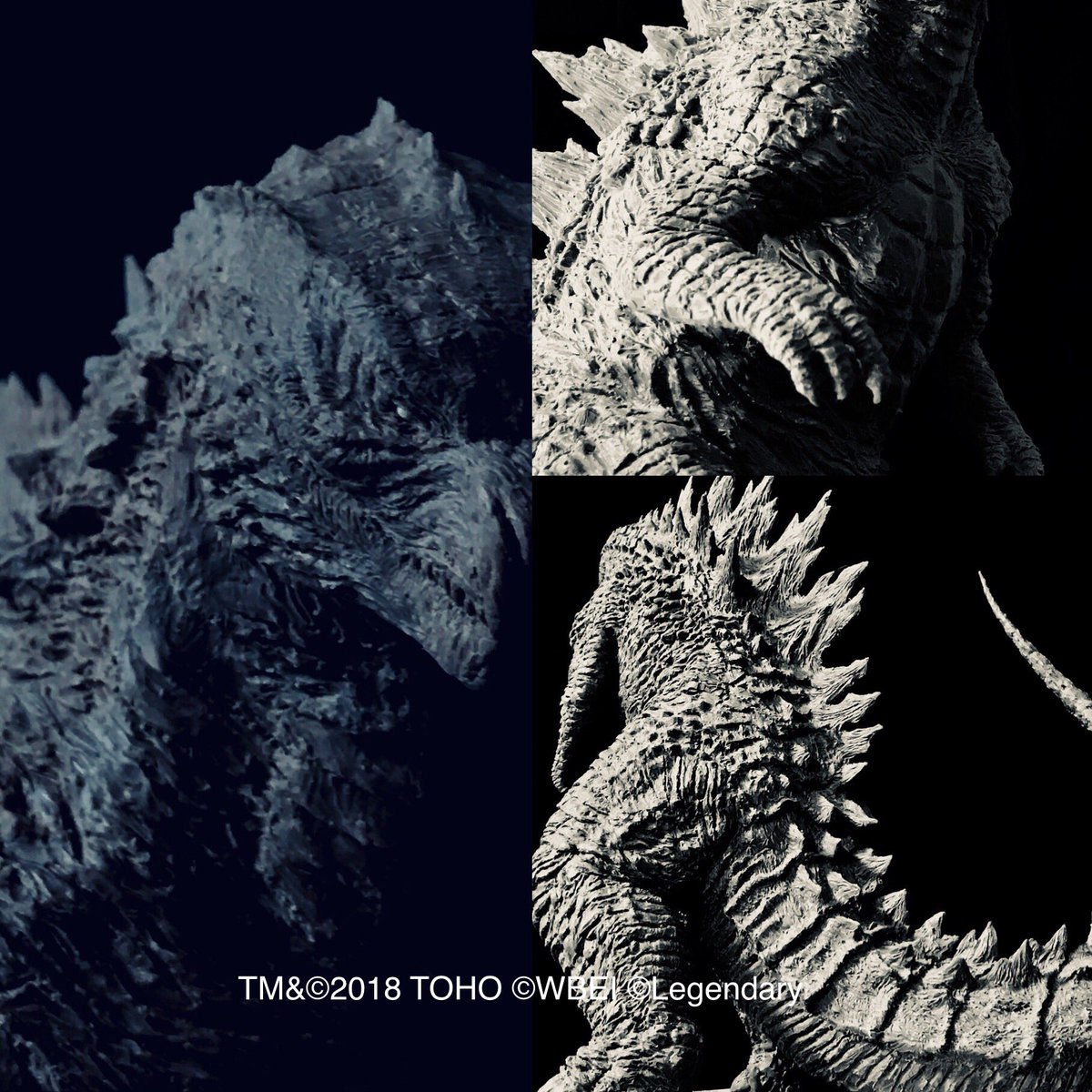 PICK YOUR TITAN
9 Responses to Godzilla: King of the Monsters - Fan Work

He posted another one as well. From what I can gather it's not necessarily related to the new movie, just a new kit of the 2014 Godzilla coming out for 2018. But I can't be sure. There's a lot of shady, unconfirmed things floating around right now--Like the Godzilla vs. Kong maquette from reddit.

Good thing I made sure to point out how this isn't confirmed official.

Its a really good sculpture tho.

Why would a sculpture of Godzilla 2 be made before we have even seen what he will look like? There's the flaw in this being from it--why would this be made and ready when no one except those working on the film know what he looks like? Especially not from some random Twitter account.

Emperor GorillaGodzilla
I mean, it's standard operating procedure to have maquettes of creature designs done during pre-production, so I have no doubt that production sculpts of the monsters from the movie have existed for the last year... or more.

If the guy were part of the production, it's not unfeasible. Plus this stuff gets leaked all the time. It's not that it's unbelievable, it's just that it's more likely to be something else.

No I know that maquettes exist for model purposes, but having high res photos like this that resemble something from Sideshow Collectibles seems unfeasible at this time.

I doubt this is real, but if it is the design seems quite nice.

This has been floating around for quite some time now. Not to mention, he has the finished product already now. The Twitter account you ask of is "Tanaka Studio." No, it is not an official studio. It is his own website. The sculptor makes models like these and sells them. He has also done Shin Godzilla and Godzilla Earth. He did those two after the designs and movies released. This on the other hand, is his own interpretation of what he thinks the 2019 design will look like. No, this is absolutely no confirmation that this is or isn't legitimate, however, upon researching more in to his website, it is all fan made.

@Huge-Ben I understand what you mean, but either way, I think it still looks cool.