It has certainly been a busy month for Bandai/Tamashii Nations S.H.MonsterArts line! Just a few weeks ago, the company revealed that an exclusive, limited edition “EVA-Goji” (a Godzilla sporting the colors of Neon Genesis Evangelion’s EVA Unit 01) would release in the Fall, and that a new subline of the series, S.H.MonsterArts Shine Sound Songs (SSS) would see its first release, Godzilla 1989, in November. On top of all of this MonsterArts Madness, today we have YET ANOTHER new release to talk about…

At a toy expo in Japan that opened today, crew members from the upcoming Godzilla: Resurgence (including co-director and special effects director Shinji Higuchi) were on hand to reveal S.H.MonsterArts’ newest figure… Shingoji himself, in all of his horrifying glory! 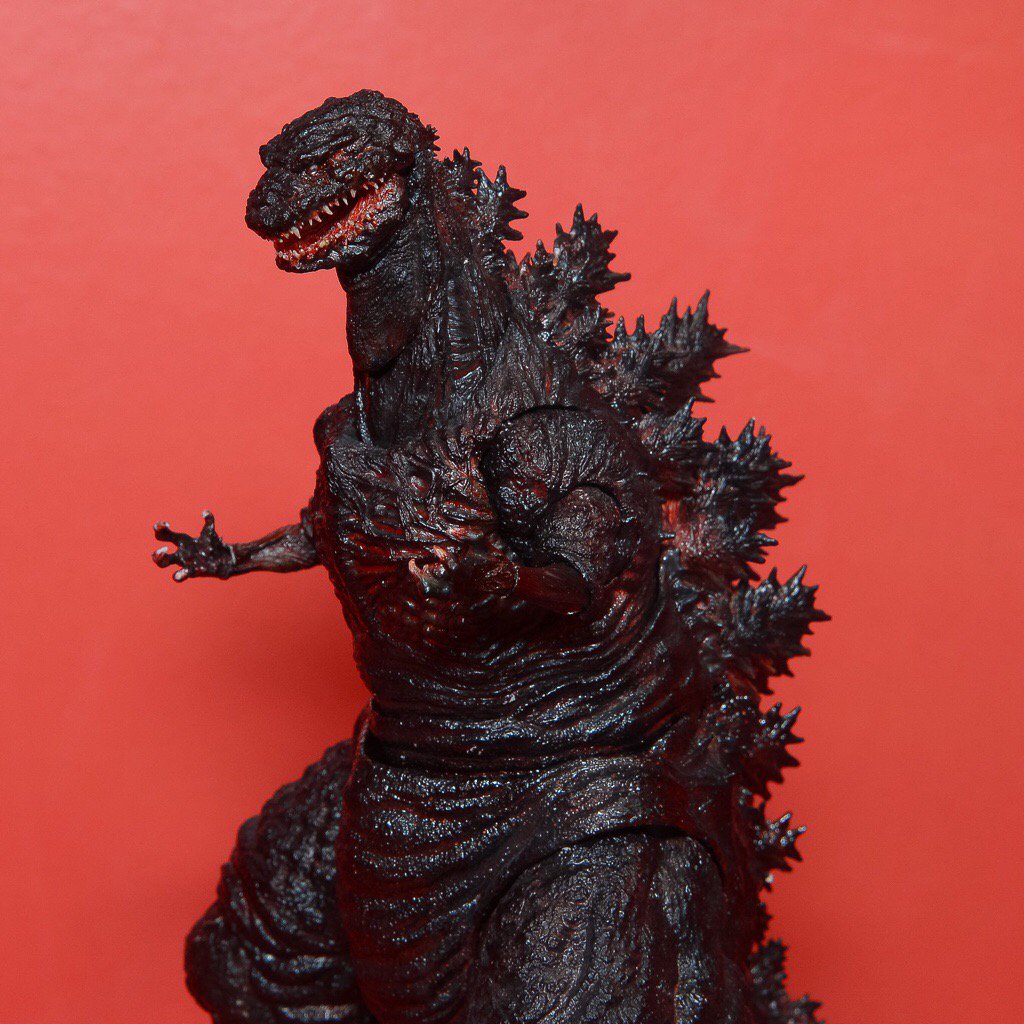 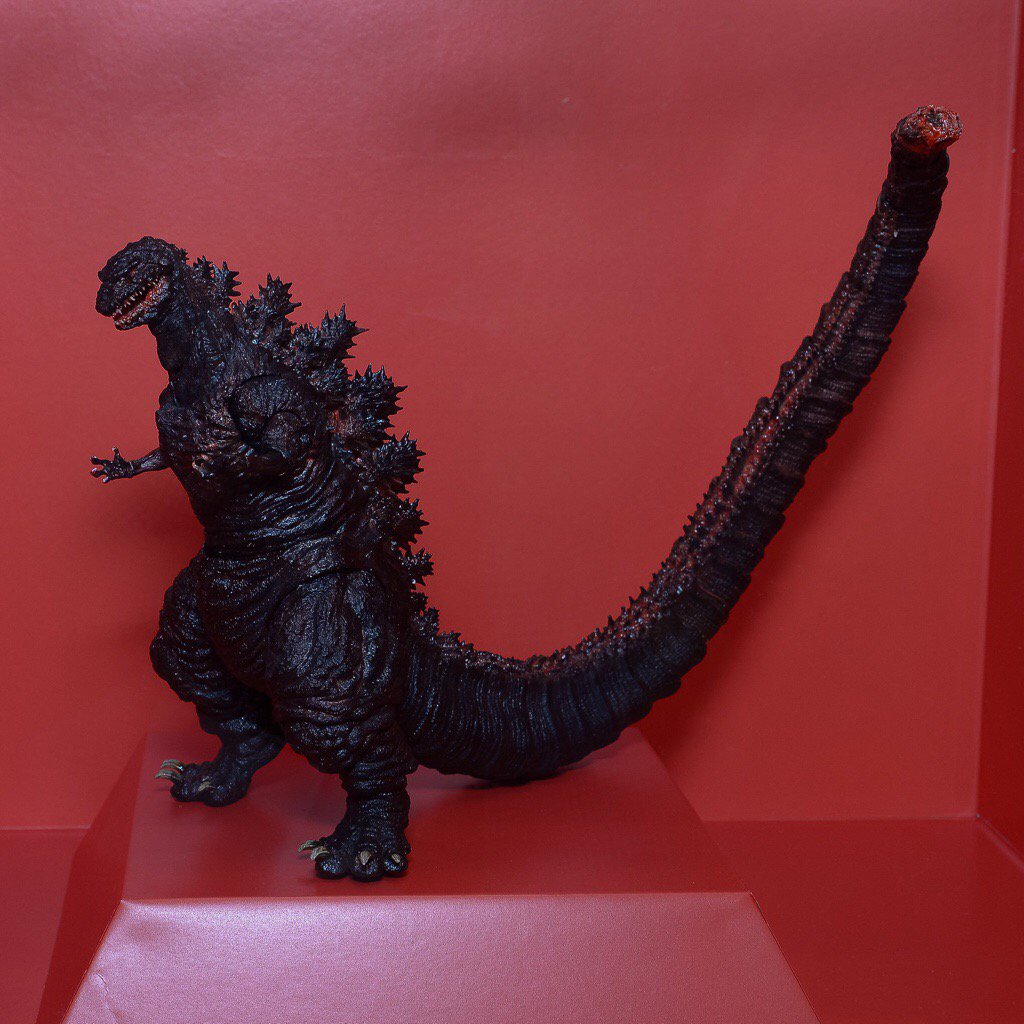 Few official images have been released for the figure yet (expect this post to be updated soon with more images), but plenty is known about this beast of a figure. Images taken of Shin Godzilla next to the 8 inch tall SSS Godzilla 1989 confirm that this toy will be huge, over 8 inches tall and sporting a film accurate long tail. It has also been confirmed that the figure will be a General Release, not a Web Exclusive, and will retail for $130.00. No mention has been made thus far regarding bonus parts. In adition, Shin Godzilla was not sculpted by SHMA veteran Yuji Sakai, but was instead created by Takayuki Takeya, who sculpted the original maquette for the film.

S.H.MonsterArts Godzilla 2016 is expected to release in Japan this November, and will arrive on North American shores in December via Bluefin.

So, what do you think? Are you excited to see the new Godzilla get the S.H.MonsterArts Treatment? Will you be shelling out the dough to own this bad boy? Let us know in the comments section below, and be sure to keep it locked to Scified for more Godzilla news, especially as the July 29th release date of Godzilla: Resurgence draws nearer and nearer! Also, be sure to check out Scified’s Official S.H.MonsterArts Info and Updates Thread for discussions on the line’s past, present, and future.

Info courtesy of SHMA: The Articulation Series and Toho Kingdom

I want it! I want it bad! So are those pictures above a prototype of the figure? Those pics look a little choppy. But I'm sure the final product will look horrifyingly awesome. And the best part is that it's arriving around the holidays. I can't wait!

Looks so awesome! Thanks for posting this up Danzilla! I've gone ahead and shared it to our social pages. Seeing that version of it up close is sort of reminding me of Godzilla when he was in dinosaur form in Godzilla vs. King Ghidorah.

Yet no one comments on the images I posted way before you wrote your article. Why? Like, seriously, why? I am asking my parents for this figure

NOOOO too many sh monsterarts i want for Christmas now! gotta save my money now.

NOOOO too many sh monsterarts i want for Christmas now! gotta save my money now.

@Ben, I made sure to share the photos you uploaded as well! :)