Couldnt come up with anything new so decided to make a topic about the Gpdzilla actresses.

In any of the classic Godzilla movies who was the most beautiful actress?

I thought Momoko Kochi is the most beautiful of all, the actress who played Emiko in the very first film wish she were still alive till this day, its kinda painful to me when someone as beautiful as her is gone.

she would have probably done a cameo with Akira as well in the new movie. I would have to say Momoko Kochi as well. I totally agree with you guys! If you are counting Godzilla 2014, then it will DEFINATELY be Elizabeth Olsen who plays as Elle Brody.

I mean seriously guys. Looks have nothing to do with the person's merit as an actress or a character. Societies' obsessive focus on appearance rather than talent when it comes to actresses is incredibly sexist, deconstructive, and kinda pathetic.

And the actresses themselves by and large don't appreciate that kind of focus either, unless they are a massive tool (like Megan Fox). But yeah, got ahead, look up the interviews with Scarlett Johannsen and her reactions to getting posed entirely appearance based questions while Robert Downey Jr. gets asked about his craft.

I dunno, I'm sorry, I just find this topic to be incredibly shallow. I don't mean to personally offend anyone here, but yeah, this kinda stuff irks me.

@Madison - I see your point. But we are not discriminating any actress/actor in any way. We are not judging anyone by their looks. None of us are saying we put beauty before talent. Well atleast that's not how I think. I always put talent before beauty and to be honest I don't think there is anything wrong with this post. There is nothing wrong with calling an actress beautiful. I guess we all have different perspectives and opinions towards things.

lighten up. just a fun thread to discuss.

Hmm, as I'm not attracted to my own gender, I'm going to say that Ken Watanabe is the HOTTEST man in Godzilla! Having learned that he's married is a terrible blow! ;) That being said, there are plenty of beautiful acresses in Godzilla films. :)

Is this a bad time to mention I was part of a design team for a "Girls of Godzilla" calendar? Yes? No? Don't care?

Whatever. I'm not apologizing either way. My self-righteous pet peeve aside......

I don't find her as a hottest one, but she is soo pretty, look at that face! <3 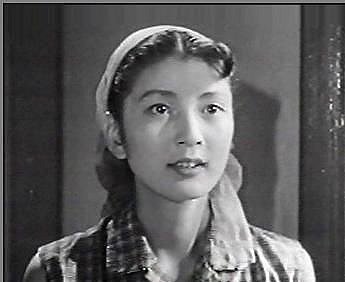 I wish I still had that hilarious thing to show you guys. It was pretty cute, if I do say so.

Calm down, Madison. Nobody mentioned anything about talent before you did. People can have a discussion about what women they find the most attractive without it being sexist.

On topic though, the first lady that comes to mind is Megumi Odaka, a.k.a. Miki Saegusa. My vote is for Beverly Maeda from Son of Godzilla

Ha! This thread. I guess I never answered.

The correct answer is Mothra, obviously.

^Because she's obviously an actress.

^Did you miss her performance as a guardian monster in 2001?

I am going with either Mothra or Biollante for this, even though I never thought about this topic much.

I’d have go with Mothra, but Megaguirus is a close second.

Having just binged out on the 1960s movies which I hadn’t watched in over 30 years: I agree Komi Mizuno, definitely Mie Hama, and Akko Wakabayashi who struck me as so pretty even as a preteen watching for the monster fight action.

That being said, either Momoko Kichi, Megumi Odaka, or Elizabeth Olsen.

From the top of my head the elias sisters Lora and Moll from Rebirth of Mothra 1 and 2. I mean there are a lot of atractive women that were in the Godzilla movies.

Lora being recast in Mothra 3 was criminal...

Yeah, it is pretty hard to choose... especially when I haven't even seen most of them yet! That's why I had to put multiple...

Damn I forget which one was Lora, was she the one dressed in Blue? Because the blue Elias girl I thought was freakin HAWT and total KAWAII!!!!