Which of these two American actors play a better role in Godzilla series? Nick Adam or Don Frye

Nick Adams. He had a better role, a better character and he could do this little thing called act which I'm pretty sure is why he was nominated for an Academy Award for Twilight of Honor.

But man can Don Frye do jovial half spins in his chair while ominously planning to fight back against the Xillians.

I mean both acted parts for the movies they were in.

Nick Adams acted the part for a scifi godzilla movie that was heavily character driven and fit his role being in the forefront.

Don Frye was a supporting character who acted the part for one of the worst Godzilla movies in almost every category except "balls to the wall" and was just there to drop one liners.

Nick Adams is by far the better actor (of course unlike Don Frye, Adams actually was a real actor), but I find both performances to be memorable and perfect for the respective films. As dubious as Final Wars is among the fanbase, Captain Gordon is actually one of my favorite characters in the series. Of course Monster Zero is much more beloved by fans and is one of my favorite films ever, so I am biased in saying that I actually enjoy Nick Adams as Glenn even more.

Don Frye for the win just beacuse what he did in final wars.

What did he do in Final Wars? Other than being unintentionally hilarious.
Answered my own question.

Just to be clear I actually loved Don Frye in Final Wars, but it was for all the wrong reasons. I.e. none that could be attributed to Nick Adams. And a whole, whole lot of laughs.

I thought Don Frye was perfectly suited for his role. A one-liner spewing, slow-talking, butt-kicking, prototypical badass. It's a role that doesn't really require acting ability, just looking and sounding cool to the point that it is funny. I think Don Frye is actually very convincing as the character of Captain Gordon, but Gordon is not at all a serious or realistic character. It's not a good acting performance, it's just being awesome in a movie that only wants to look cool and have a lot of erratic action.

Final Wars is just a terrible movie. The movie was strictly Godzilla on cocaine. Hard to say Don't Frye was good when the movie he was in was horrible. Would I give him another chance in a role in a serious Godzilla film? Yes. Compared to his only Godzilla film role to Nick Adams' role? Lol no way. Nick Adams was great.

Btw, Who was the American actor in War of the Garguantuans?

That would be this guy. Russ Tamblyn

He was also a pretty good actor.

Always wondered who that was. Haven't seen the movie in years.

I watched it like 2 months ago, i forgot just how good that movie was.

Need any other information like that, just holler at me and i'll see what i can dig up. ;)

RAZG - My vote is for Mr. Adams. Of the two you've presented, he is, in my opinion, the better performing artist. :) 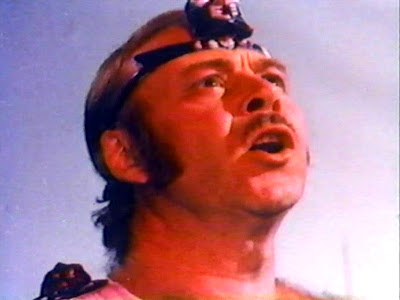 Don't tell Don I said that, though... I met him this year and... well, brave is the man who dares tick THAT guy off.